The equity rally ran out of steam on Friday with all main indices closing in the red. The S&P 500 finished down a little over 1% while the Nasdaq lost close to 2%. The major forces at play were a stall in recent short covering and equity purchases from fund managers and hedge funds as well as a shift in sentiment readings from overly bearish to neutral. The rally has led to some strong gains across the big tech space and investors began to once more reassess the valuations. Yields have remained pretty calm which helped the rally but bets were also removed following the release of the Fed minutes and upcoming symposium at Jackson Hole.

Oil prices have continued to remain under pressure as fears over a global slowdown weigh as well as a surprising large drag from US inventories last week. Bitcoin too came under pressure as the risk-off narrative hit one of the more speculative risk assets. Bitcoin fell 10% on Friday and is now down at $21,000.

As ever the will we won’t we enter recession argument continues and this has fuelled the rally also, that of recession fatigue. Everyone was expecting it and waiting for it and positioned for it. Then we got some strong employment data and slowing CPI data and a dovish Fed. This meant a reversal was perfectly set up and so it ensued. Now, much of that has changed if the latest from Goldman Sachs Prime brokerage and JPMorgan is to be believed.

Retail traders unfortunately have a habit of getting in right at the end and this may again be the case.

The rally so far has stalled out at the 200-day moving average in a near-perfect retracement from that level. The first support is the gap open at $417. Holding this keeps our short-term bullish. The lower chart shows us just how severe this rally has become with the number of stocks above the 100-day moving average moving from 13.6% to 65.4% in two months! Seems likely that a stall would have to happen. 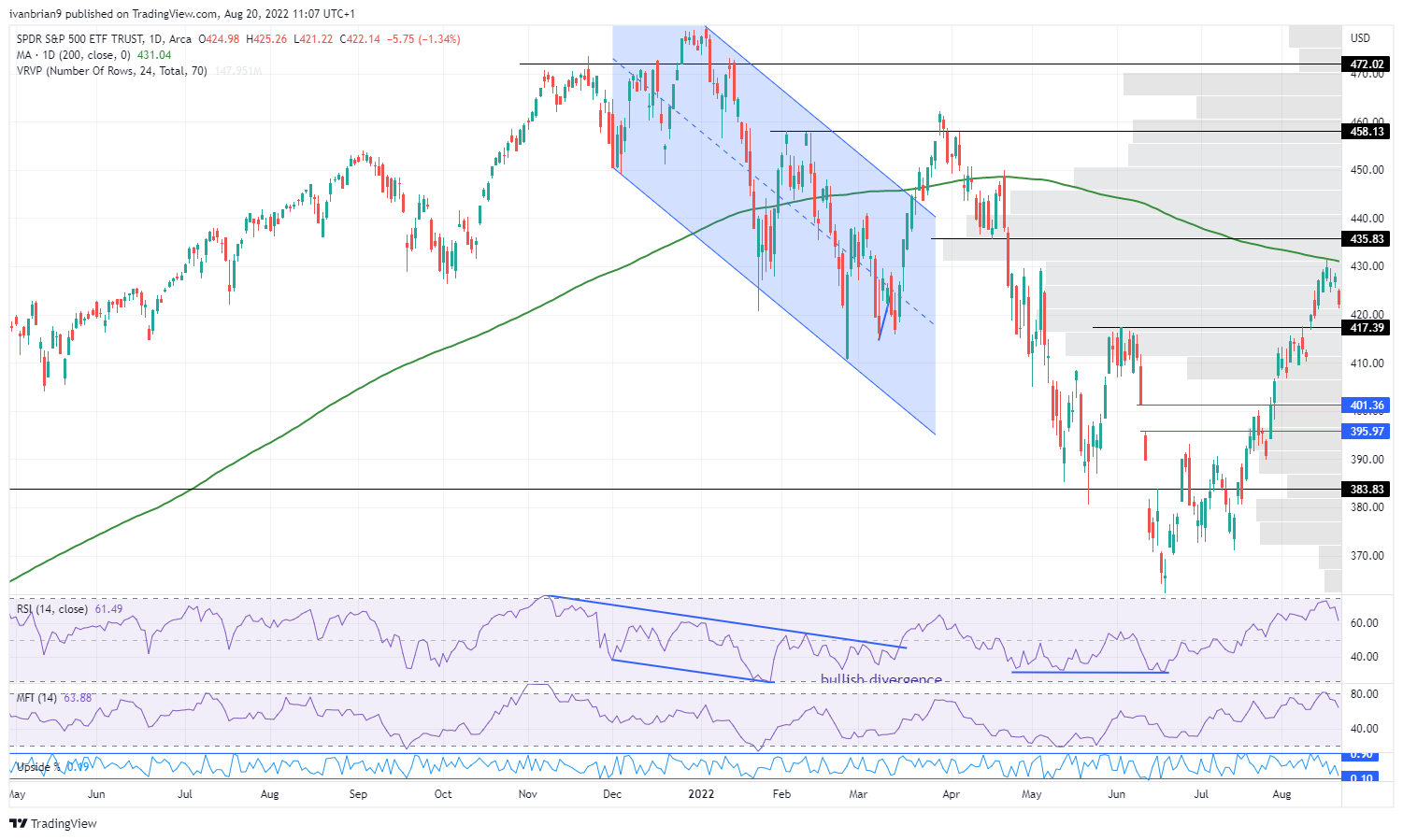 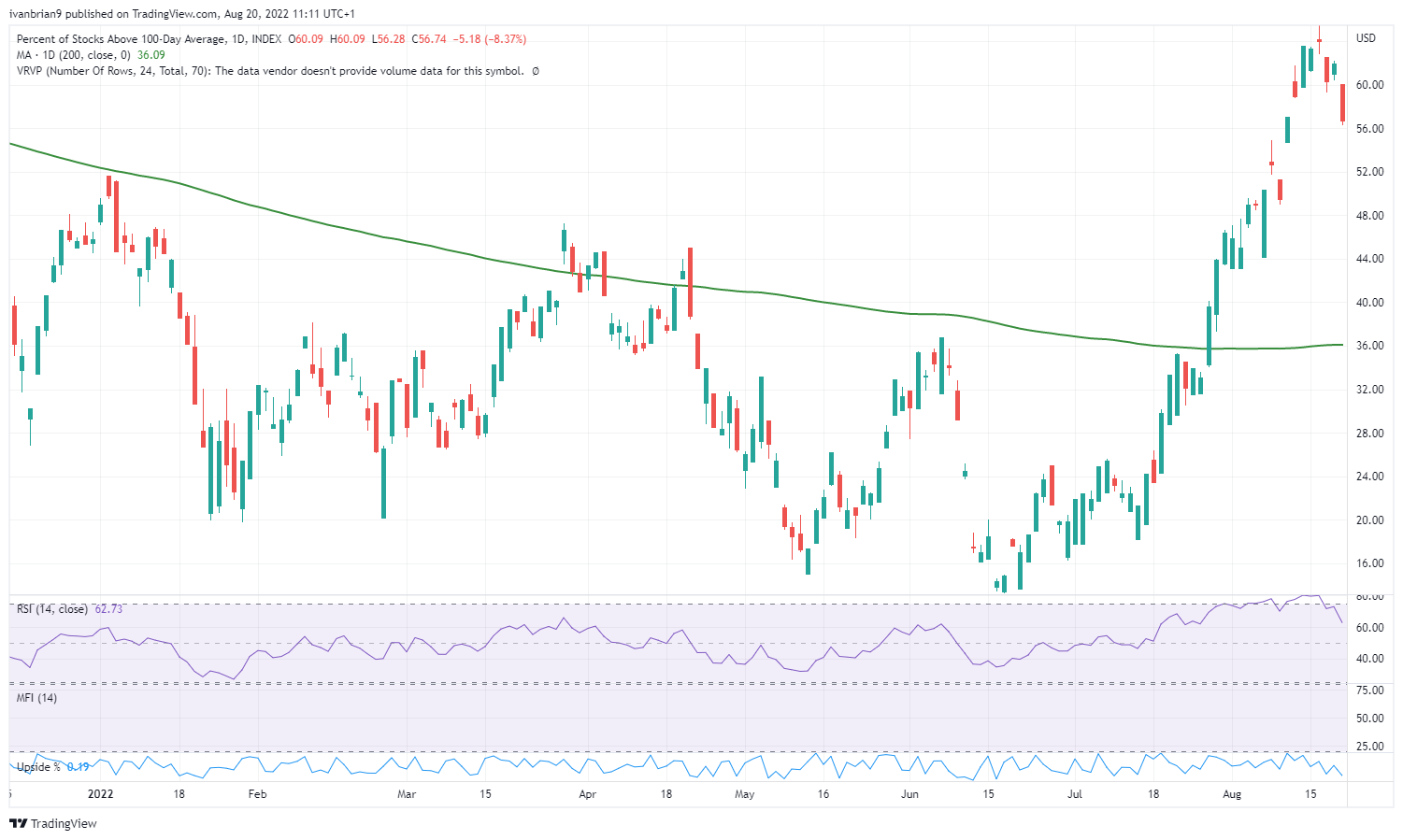 The week is light. Macy’s on Tuesday and Nvidia will be the big announcement on Wednesday. Do not forget Tesla 3 for 1 split on Thursday. 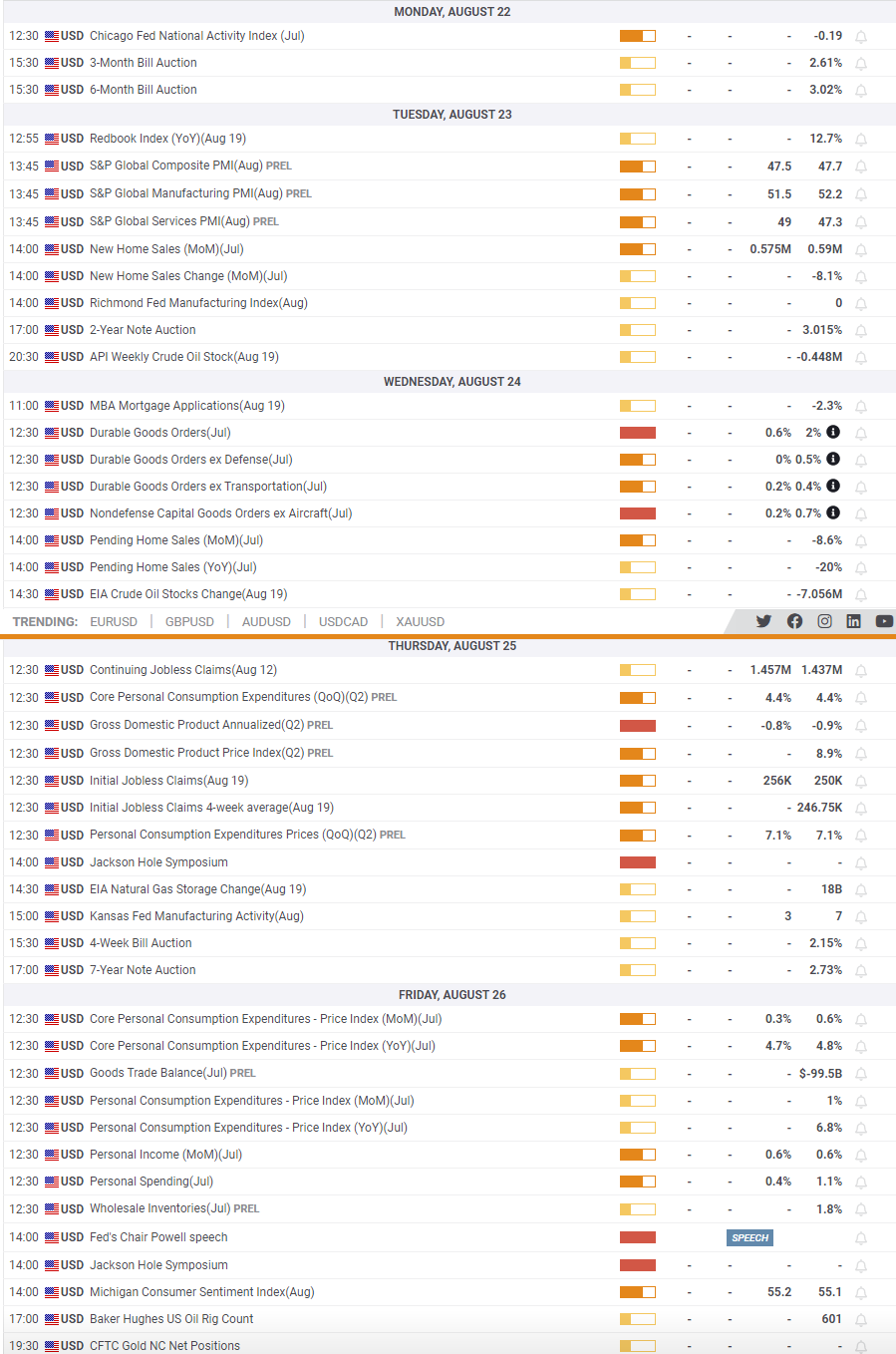