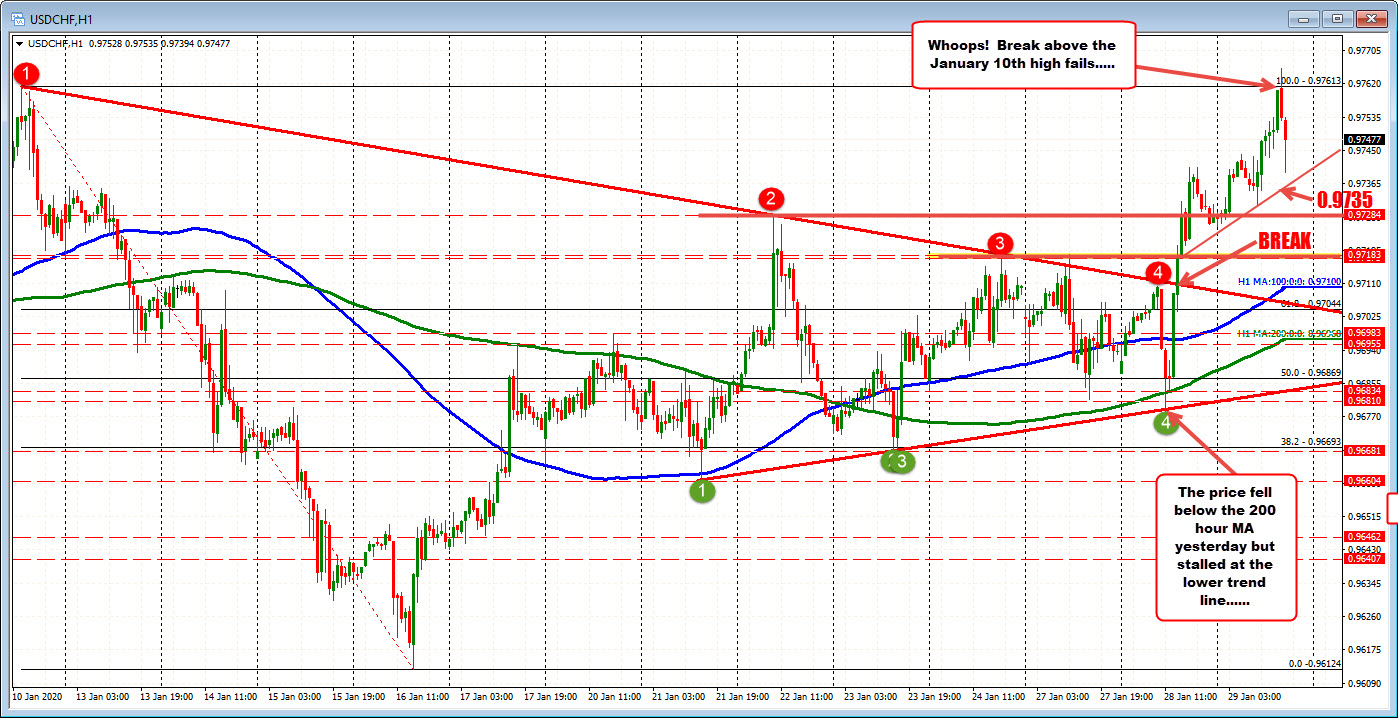 Whoops! New high but not for long

Today the move targeted the high price for the year at 0.97613. That target was reached and the price extended to 0.9766.  However, the break quickly failed, and buyers turned to sellers.

The price has since moved back down to a New York session low of 0.9739. A lower trend line cuts across at 0.9735. Move below that line and we could see further downside momentum with 0.97284 (high from last week) and the swing highs from Friday and Monday at the 0.9718 area as the next support targets.

It will take a move back above the old January high at 0.97613 to negate the failed break and potentially lead to more upside momentum for the rest of the trading day.