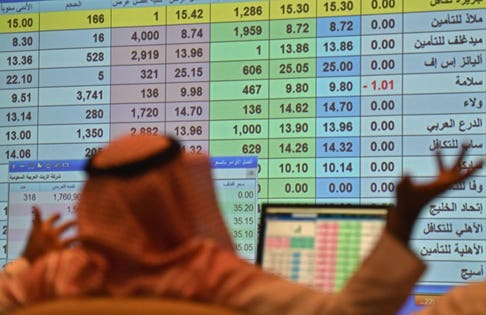 That’s after the initial public offering (IPO) debuted on Thursday (December 5) at a $1.7 trillion valuation, with a share price set via an offer on the country’s domestic stock exchange – the Tadawul – of SAR32 ($8.53) per share. The offer amount came to SAR96 billion or $25.6 billion.

Barely a day after the price was published, and with the Saudi stock exchange closed as it is on a Friday, the country’s Oil Minister Prince Abdulaziz bin Salman, whilst at an OPEC ministers’ press conference, wasted no time in declaring the company’s valuation would “soon be over $2 trillion.”

“We have been battered by the media over the IPO, but the price debut (at $8.53 per share) was a proud day with the issue oversubscribed,” he added. As it transpired, in a couple of trading sessions the valuation first hit $1.88 trillion and subsequently $2 trillion, accompanied by a whole lot of market fawning.

Back came market chatter about margins and the very lucratively low Saudi oil extraction costs of $2-3 per barrel, something its other and considerably smaller public-listed oil and gas peers cannot match. A customary return to Aramco’s $75 billion dividend payout last year, much of which went to the Saudi state, also came into focus, with talk of how it would tower above payouts made by other big companies to shareholders.

The above points are not under dispute, but that Aramco’s float is anything like a typical international company listing most certainly is. For starters, only a tiny 1.5% of Aramco is publicly listed. That free-float too is via a domestic listing with attached restrictive clauses and a lock-up on sale till June 11.

By comparison, Apple (NASDAQ:AAPL), a company analysts love comparing Aramco to for size, valued at $1.2 trillion has 88% of equity on free-float. It also has a plethora of individual and institutional investors holding its shares.

According to published information, 66.7% of Aramco’s issued shares are held by institutional investors equating to 1% of the company’s headline valuation. By the very nature of their deep pockets, hypothetically even if they make relatively small purchases, any effect those purchases would have on the price direction to the upside would be disproportionately large compared to a similar purchases or positions in dollar terms taken in Apple.

Hence, it would not cost much to move Aramco’s share price in relative terms but the impact of such a position would be several multiples over. According to Reuters data, on Wednesday (December 11), Aramco logged a volume of just over 31.5 million shares trading at SAR 35.20 or $9.38. That comes to just under $300 million of trading but resulted in a valuation uptick of ~10% to $1.88 trillion.

In the very next session, a share price uptick to SAR 38.70 and similar volumes took Aramco past $2 trillion. There is no way a position of a similar size by one or multiple entities could cause a valuation uptick on a similar scale had they attempted it with Apple.

In my opinion, even if it figuratively appears so, for a company that’s selling $25.6 billion of shares via tiny 1.5% equity offering to then claim a worth of $2 trillion is simply barmy. Furthermore, once the restrictions on selling expire and Riyadh’s political ambition of a $2 trillion valuation for a sustained period of time has been satisfied, the company’s risk profile will come into sharp focus.

Blindingly obvious would be its susceptibility to oil market volatility of the kind other pubic-listed oil and gas companies’ share prices are subject to.

Then come the regional geopolitical complexities, a less than certain crude oil demand outlook for 2020 and beyond, and of course security risks laid bare by the recent drone attacks on its facilities. At the end of the day, Saudi investors – whether institutional or individual – will have a lot to chew on when it comes to their investment, regardless of where the company’s easily movable headline valuation ends up over the coming weeks, months and years.

The above commentary is meant to stimulate discussion based on the author’s opinion and analysis. It is not solicitation, recommendation or investment advice to trade the aforementioned company’s stock or energy stocks, oil and gas futures, options or products. Oil and gas markets can be highly volatile and opinions in the sector may change instantaneously and without notice.