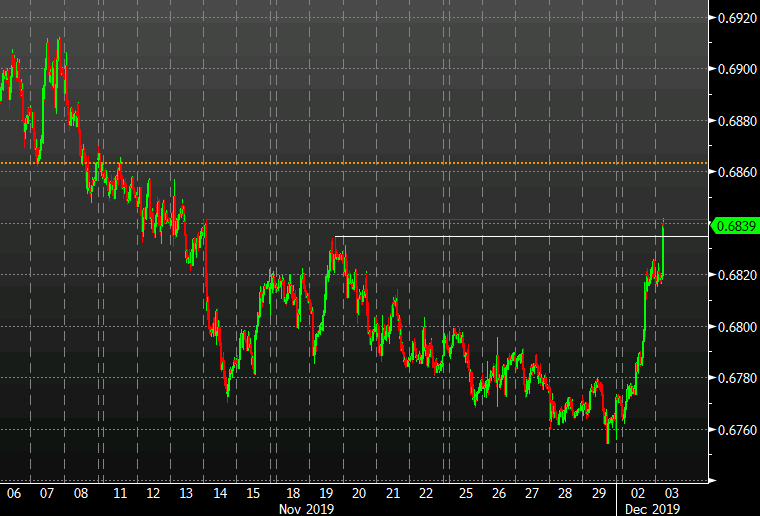 Australian dollar up 20 pips on the RBA decision

The key line in the RBA statement is a nod to previous rate cuts; something that could be signaling that the central bank is comfortable with its current stance and less-likely to cut in February than the 54% probability priced into markets.

“Given these effects of lower interest rates and the long and variable lags in the transmission of
monetary policy, the Board decided to hold the cash rate steady at this meeting while it continues to
monitor developments, including in the labour market.”

That line certainly leaves open the possibility of further cuts but also shows that Governor Philip Lowe is comfortable letting a few months of data playing out.

With that, the Australian dollar broke the Nov 19 high before (so far) stalling out at the Nov 14 high.