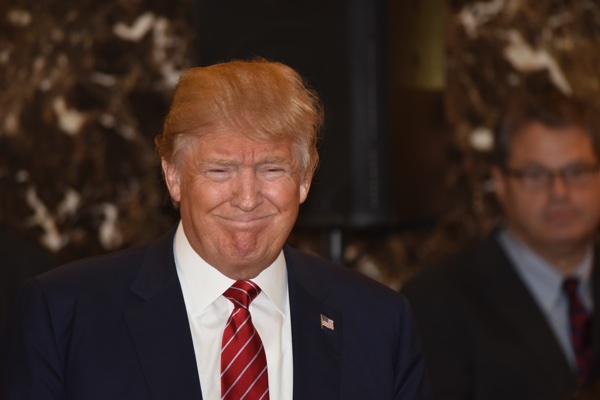 US stocks are grinding higher as markets remain convinced that we will see the phase-one trade deal finalized before the next major tariff increase deadline of December 15th.  Limited trade news occurred overnight and many are still focused on yesterday’s President Trump and Fed Chair Powell meeting.  Trump was Trump and complained about high rates and pushed for a lower dollar.  The meeting was a non-event but it reminded investors that Trump will impose his will in getting the dollar lower.  Powell did everything he could to reiterate the Fed will not allow any political interference.  The Fed will remain on hold here and will likely resume rate cuts on deflationary pressures or if trade talks take a turn for the worse.  Until we get the phase-one deal signed, the Fed will be in wait-and-see mode.

Home Depot shares initially plummeted 5% following the release of their disappointing earnings report.  Earnings per share came in a cent higher than expected but both revenue and same-store sales growth missed expectations. The home improvement store also slashed their comparable sales and revenue outlooks for the rest of the year.  Last quarter’s earnings report came out right around investor expectations, but many would say it was better than feared as concerns grow that competition is eating away at their market share.  This report could suggest that Lowe’s is having a good time going after Home Depot’s dominance.  Lowes will report on Wednesday, their shares are also under pressure this morning.  Dow futures gave up early gains following the Home Depot results.

Oil prices are under pressure on rising US shale output expectations for the rest of the year.  The last couple days of crude weakness appears to be well contained within the trading range that has been in place for most of November.

Energy traders will continue to look for positive boost with demand once the US and China phase-one deal is signed.  Global economic growth will be the key for West Texas Intermediate crude breaking above the $60 a barrel level.  It seems in the short-term oil prices could see some support this week if we don’t see US oil inventories deliver a larger than expected build that tops 3 million barrels.

Gold remains under pressure as trade optimism remains in place and as some longer-term investors lock in profits.  One of the strongest bullish moves over the past 12-months was gold’s ascent from $1,200 to the $1,500 region.  If gold breaks below $1,500 an ounce, it could get ugly, as concerns grow we could be in an extended low volatility environment until the phase-one deal gets signed.  Gold should be supported by global central bank stimulus, but for the charts scream dead-cat-bounce.