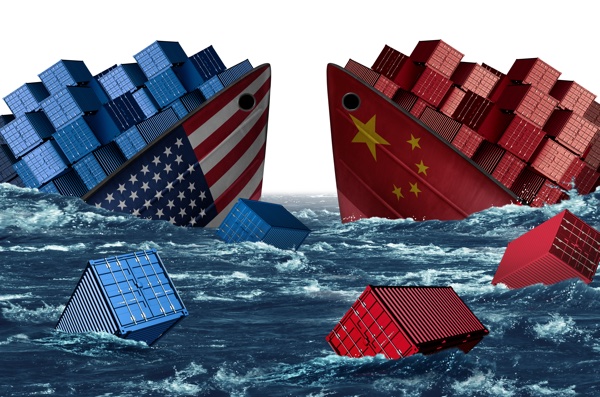 That is probably how equity markets are feeling this morning as Wall Street eked out minuscule gains to extend record highs. Still, worryingly, the rest of the street seems to be jumping off the trade-deal/global recovery ship and into the lifeboats.

Let’s start with central banks; the PBOC cut its 7-day repo rate yesterday by five bps, and China looks “primed” to shave a few basis points of its 1-year Loan Rate tomorrow, and possibly even its five-year equivalent. The RBA minutes released this morning highlighted that another possible rate cut last week had been a close-run thing, and also said slack in the labour market would “persist for years to come.” The world’s central banks are in a wait-and-see mode like the rest of us vis-a-vis the trade front, but they have itchy trigger fingers and in China’s case, appear to be preparing for a worst-case scenario sooner rather than later. Expect some RRR cuts in China in the New Year it the trade talks stall.

Other warning signs that we may have reached a temporary “peak trade” summit in the financial markets include the US dollar falling against developed market currencies overnight with gold rallying. More ominously, the equity market’s chief partner in crime, oil, fell overnight. Most concerning for me, though, are global sovereign bond yields. The squeeze on yields appears to have run its course. Sovereign bond yields have been slowly but surely, trending lower of the past week and US Treasury yields fell again last night. USD/CNH, after falling to 6.9500 at the start of the moon, now finds itself marooned above 7.0000 with CNH unable to maintain gains against the dollar.

As I mentioned yesterday, the Chinese Ministry of Commerce’s weekend comments, after the phone call with their US trade counterparts, just didn’t sound as upbeat as the rhetoric coming from Washington DC. Even with my appalling, Google-powered, Mandarin.

The closer we get to December the 15th, the more lonely equity markets are starting to look at the top. Particularly if their crew members detach the ropes, and start paddling the lifeboats away from the ship at a rate of knots. Lower treasury yields and dovish central banks can keep the bilge pumps running a while yet, but the flow of water can eventually overwhelm them. The trade-talks are starting to look more like an iceberg, and not a lighthouse. Not even Celine Dion belting a few choruses out will save equities if it is.

With no significant data releases in Asia today, attention in the region will remain focused on trade concerns and Hong Kong. Neither is likely to inspire the confidence of market participants. The wave of bullishness after yesterday’s China repo rate cut will probably dissipate as fast is it began, if the early price action of the Nikkei is anything to go by, having fallen 0.50% today already.

The Hong Kong protests continue undiminished with the siege of PolyU still in progress. The government suffered another setback yesterday with their facemask ban law being ruled unconstitutional by the High Court. Local body elections on Sunday are now seriously in doubt with the government facing a Hobson’s choice on this front. Logistically challenging to hold, with so much damage in the city, or risking escalating protests should they be postponed or cancelled.

Wall Street traced out tiny gains to new record highs overnight, but stocks do have a “running on vapours” look about them. The S&P500 rose 0.05%, with the Nasdaq and Sow Jones both rising 0.11%.

Trade nerves have belatedly hit Asia today with the Nikkei 225 lower by 0.50% and the Kospi lower by 0.80% in early trading. The Australian ASX was flat having fallen yesterday and supported by dovish RBA minutes this morning.

Once again, Hong Kong continues to surprise, as it did the author yesterday, having just opened and risen 0.20%. The conspiracy theorists will say the rise in the Mainland indices and the Hang Seng were “suspicious” yesterday. I will content myself with being as confused today as I was yesterday over the price action and leave it at that.

The US dollar spent the day on the back foot as currency markets continue to take a much more belligerent stance on the progress of US-China trade negotiations. Refusing to buy in until someone “shows them the money,” the dollar index fell 0.21% to 97.79.

The polling of the Conservatives thus far in the election campaign seems to be the supporting GBP with the apparent certainty it will give to both governance and Brexit. The entertainment levels ratchet higher this evening though, with the first leaders’ debate between PM Boris Johnson and Labours Jeremy Corbyn. GBP/USD has very strong resistance at 1.3000 with a daily close above this level targetting 1.3200. I suspect that a sustained break above 1.3000; however, will require a much clearer picture of the outcome of the election.

USD/CNH rose 0.30% overnight to 7.0260, near the upper end of its recent 7.0000/7.0300 range. A combination of anticipated PBOC easing and trade negotiation fatigue mean that a break of the top-side looks the more likely outcome in the near-term.

Oil slipped overnight quite badly as equities chief partner-in-crime appears to be wavering in devotion to the trade deal global recovery trade. Brent crude fell 1.90% to $62.25 a barrel, and WTI fell 1.60% to $56.65 a barrel.

Both contracts are still comfortably within their now, 6-week long up-channels, but another day of similar price action will endanger those supports. Oil is, of course, highly sensitive to the daily whims of trade sentiment. Still, its divergence from equities so sharply overnight is significant and suggests that oil markets are very long.

Both contracts are flat in early Asian trading with no sign of any profit-taking buying evident after the sharp moves lower overnight.

Gold shouted “I’ve ingot this” overnight, testing lower to $1455.00 an ounce initially, before rallying strongly to close 0.20% higher at $1471.00 an ounce. Gold benefited from some rotation back into haven trades, a lower dollar and lower treasury yields, which is gold’s, Holly Trinity.

Negative trade sentiment was responsible for the alignment of the planets for gold, and it is probably too soon to say the worst is over for the yellow metal. That will depend on Mssrs. Trump and Xi. Gold still has formidable resistance at $1480.00 an ounce. I suspect we will need a material deterioration in trade sentiment to overcome it, or a rapid sell-off in equity markets.

Gold has moved slightly lower to $1469.50 this morning, supported by the positive opening to the Hang Seng today.