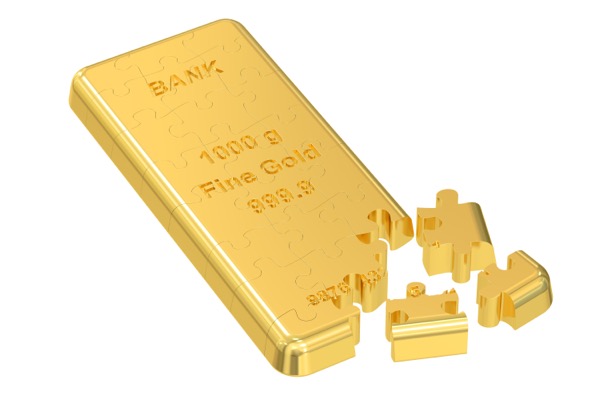 Gold futures ended higher on Monday, getting a boost as Treasury yields fell and the dollar weakened — lifting investor demand for the haven metal.

The U.S. Dollar Index is a “tad lower,” Treasurys are rising—sending yields lower, and energy prices are lower, Michael Armbruster, managing partner at Altavest, told MarketWatch. “Those three conditions are more consistent with a risk-off day and a higher gold market.”

“The best catalyst for gold to move higher would be a pullback in the S&P 500,” he added.

“While it is extremely difficult to predict the next turn in the trade talks, news last week that China ended a ban on U.S. poultry imports and could be poised to purchase U.S. meat because of the raging hog disease could result in the agricultural purchases quota being met,” said analysts at Zaner Metals, in a daily note. “Therefore, the bull camp has to be nervous on what the trade situation will bring this week with any further signs of progress potentially throwing December gold down to $1,450.”

U.S. benchmark stock indexes were modestly higher as gold futures settled Monday, but had weakened a bit in earlier dealings after CNBC reported that Chinese officials remained troubled by comments by President Donald Trump indicating there would be no rollback of existing tariffs as part of an agreement.

“With Brexit and the trade war about to deliver potentially two big risk-on scenarios, gold selling could get ugly if we see a breach of last week’s low,” said Edward Moya, senior market analyst at Oanda, in a note. “Since the end of the summer, gold was ready for a pullback, not the beginning of a bearish trend.”