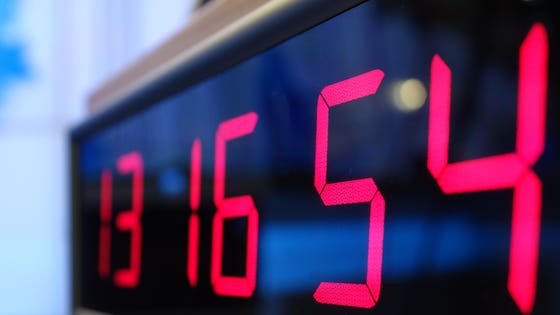 It was Netflix’s most embarrassing day ever.

Back in 1998, Netflix was still mailing out DVDs in little paper sleeves. A thousand or so customers requested a DVD of President Bill Clinton’s famous Monica Lewinsky testimony.

They expected to see the president confessing to an affair. But there was a terrible mix-up… and Netflix accidentally sent them Chinese hardcore pornography movies. Whoops.

Netflix (NFLX) has come a long way since then. It introduced its video streaming service in 2007… and soon became one of the largest entertainment companies on earth.

But as I’ll explain in a moment, the company has piggybacked on Hollywood to become the world’s biggest streaming service. And after 20 years, Netflix has remained just a middleman renting out movies.

And now with Hollywood giants waking up and taking their content back, Netflix’s days are numbered.

Take a look at the most-watched titles on Netflix in the US for November 2018:

Notice that three of Netflix’s top five most-watched shows were not created by Netflix. Netflix “leased” them from Hollywood studios like Warner or NBC.

In industry lingo, this is called “licensed content” because the original creators granted Netflix a license to broadcast it.

Licensed content is so critical to Netflix that it paid a record $100 million to Warner Bros to keep sitcom Friends for 2019, according to The New York Times. And that’s 3X more than Netflix paid last year.

This hefty price tag is proof that Netflix is hooked on content from the world’s top studios. It’s Netflix’s lifeblood that keeps most of its viewers engaged.

Just think about it… a 15-year-old sitcom still gets more eyeballs than most of Netflix’s new titles.

It’s no wonder that licensed content amounts to two-thirds of Netflix’s watch hours, as you can see below:

The World’s Top Studios Are Pulling Their Titles from Netflix

But have you seen what’s happening now?

Hollywood is like a rat race… with every studio scrambling to launch their own streaming services and take their movies back.

Netflix’s fiercest rival Disney is going live on November 12. (I’ll tell you about it in a moment.) And Time Warner, one of the biggest Hollywood studios, is launching HBO Max.

These are just a few of many.

The thing is, all their titles— iconic movies, TV shows, sitcoms, documentaries—are leaving Netflix. Disney even forbade Netflix to advertise on most of its TV channels, including CNBC and ESPN.

45+ movies and TV shows have left Netflix in the last month alone, including blockbusters like The Imitation Game and Despicable Me 3, according to Hollywood Reporter. In the end, Netflix could lose one-fifth of all licensed content, according to Vox.

That’s a death sentence for Netflix. A recent survey showed 22% of Americans would cancel their Netflix subscriptions if Netflix loses just Disney’s Marvel films, according to The Hollywood Reporter.

And Marvel movies are just a few out of the hundreds, if not thousands, of beloved titles that will soon leave Netflix.

Netflix Is Trying to Be a Hollywood Studio, but It’s Failing

Having sobered up to its dire reality, Netflix started plowing billions into producing its own movies.

Last year, it spent $12 billion. This year, the company expects to lay out $15 billion… 3X more than it did just four years ago…

While Netflix is cranking out one original title after another, its subscribers are fleeing the service…

And last quarter, for the first time ever, Netflix lost subscribers in the US—its biggest and most lucrative market.

Even the release of a new season of sci-fi horror show Stranger Things—Netflix’s most-watched original show—didn’t bring subscriber growth back on track.

But Netflix’s woes are just starting with its soon-to-be biggest rival launching in the coming days.

In 24 Hours, the King of Content Is Entering the Race

On November 12, Disney (DIS) is launching a Netflix-like subscription service called Disney+. It will be Netflix’s biggest rival… and probably the best streaming service on the market.

It owns Marvel and Star Wars, the two most profitable movie franchises in history.

It owns Pixar Animation Studios, the creator of the world’s most iconic animated movies like Monsters Inc., Finding Nemo, and Toy Story.

It also owns The Simpsons and National Geographic.

Disney is the master of grinding out one blockbuster after another… and it has set box office records for decades. In fact, since 2012, 11 of the 16 top-grossing movies were Disney productions.

Talk about the best bang for the buck.

Meanwhile, all of Disney’s titles that you, your children, and your grandchildren can’t get enough of will be gone from Netflix.

That will be a massive blow to Netflix. As I told you, one in four American Netflix subscribers is ready to cancel their subscription the moment Disney pulls its Marvel movies from Netflix.

I’ve said this many times but let me say it again: the future of streaming belongs to content creators.

To its credit, Netflix has changed the way we watch TV. But after 20 years, it’s still a company that “rents movies”… but now it’s doing it over the internet. It’s still just a middleman.

Now that Hollywood giants have woken up, it’s only a matter of time before they catch up to Netflix.

For Netflix, the battle is lost. While Hollywood spent decades and decades piling up the archives of blockbusters that span multiple generations, Netflix has just started the process.

Rome wasn’t built in a day, neither was a Hollywood studio like Disney.

My recommendation: if you want to invest in this streaming rat race, buy companies that are the best content creators. As of today, I don’t see any company that could match Disney’s productions..

Last November, I put a $170 price target on Disney. It’s already halfway there, but it’s still not too late to get in on this trade.

Get my report “The Great Disruptors: 3 Breakthrough Stocks Set to Double Your Money”. These stocks will hand you 100% gains as they disrupt whole industries. Get your free copy here.