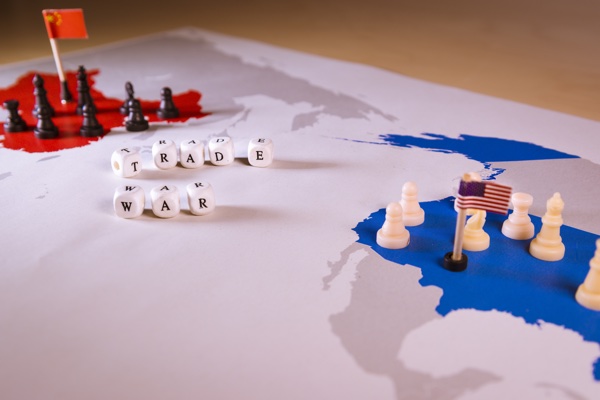 Trade deal optimism is so yesterday

Stock markets are expected to fall back into negative territory on Friday, as conflicting reports cast some doubts over the scale to which tariffs will be rolled back. 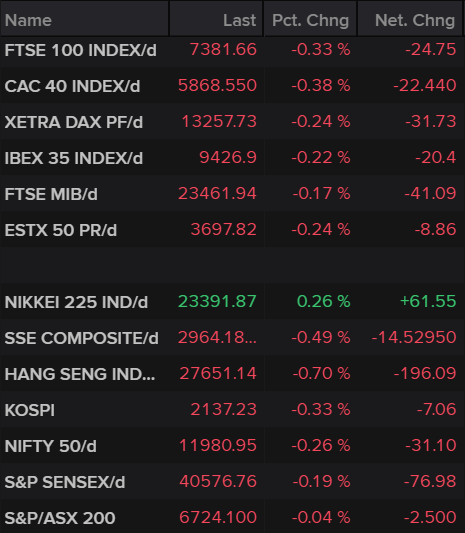 Sometimes we can get so caught up in the trade headlines that we don’t stop to question why everything doesn’t quite add up and align with past behaviour. Last month, Trump’s announcement of a phase one deal sounded very one sided for the US, begging the question of what exactly China is demanding in exchange, now we know.

Now we have reports suggesting there could be significant roll-backs in the tariffs as part of the deal but this equally raises a number questions. Why would the US give away all the leverage it has built up in exchange for a phase one agreement? I’m not saying an agreement won’t be signed next month but there’s clearly still a number of issues to overcome.

And that means there’s still plenty of opportunity for everything to collapse. The two sides still haven’t even agreed on a location and date for the signing ceremony, which may suggest they’re not quite as there as some have indicated.

Still, investors are buzzing at the prospect of a deal, the first real de-escalation we’ve seen in the trade war. This could massively backfire if Trump in his “great and unmatched wisdom” loses his patience with Chinese demands and talks break down but investors are eternal optimists and will be hoping now is the time for deal making, on both sides.

It’s been a remarkable start to the UK election campaign, one in which no party is yet to look anything other than inadequate. I’d be amazed but having watched the political drama play out over the last few years, it’s actually rather in-keeping with the nonsense we’ve become accustomed to. Even still, we are already seeing some quite incredible things unfold.

I don’t expect the next five weeks will be any different and, if anything, it will likely become more bitter and fierce. The BoE yesterday has already been forgotten, with future decisions likely to be dictated by events over the next few months. Even the new Governor can’t be chosen until we have a new government. What a shambles. 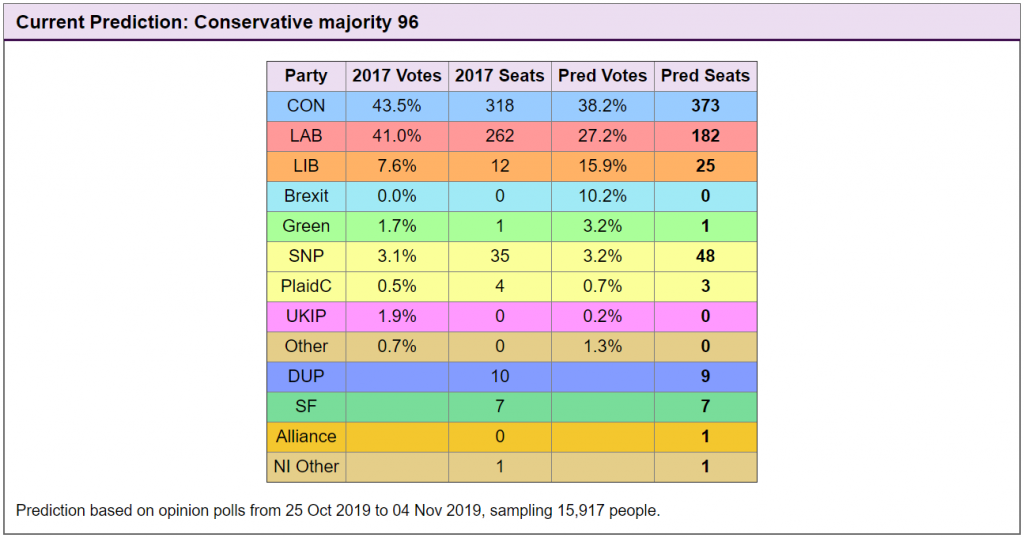 Gold has finally broken out! The trade headlines over the last 24 hours triggered strong demand the dollar and risk, neither of which bode well for the yellow metal. It was already trading around the lower end of the range and this provided the catalyst to break the month long consolidation and test the $1,460 lows of early last month.

We’ve already seen some profit taking but this will certainly give gold bears encouragement, while bulls may have had the wind knocked out of them just as optimism was starting to build. Support below here may be found around $1,440.

What’s good for trade is good for oil prices. Brent rallied on Thursday as trade optimism spread but like it’s stock market buddy, it is paring gains already today on the back of those conflicting reports. The rally on Thursday wasn’t particularly strong, which may reflect waning momentum after a strong rebound from the early October lows.

Brent prices are up more than 10% from those lows and while sentiment has improved, the expectation is still that the global economy is going to slow next year, even if the US avoids recession.