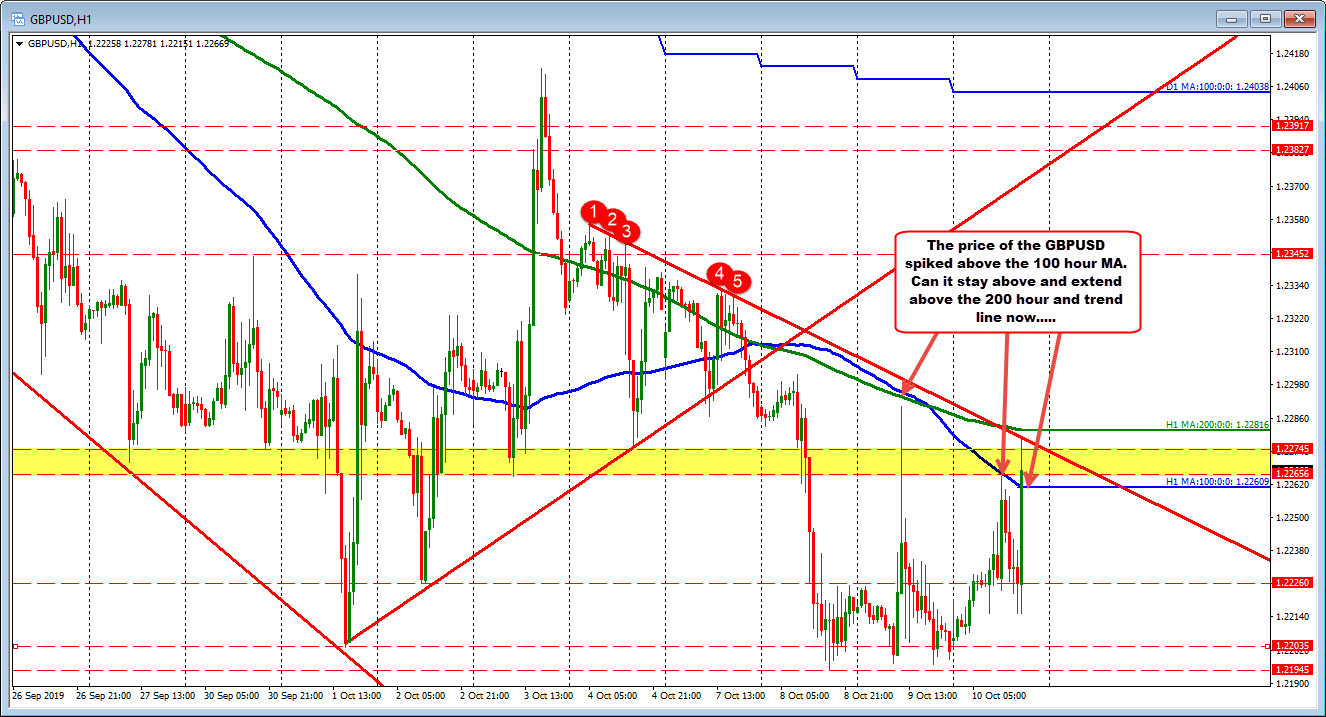 Price is above the 100 hour MA, and up to the buyers to keep the shift going

The run higher has other upside targets including a topside trend line and the 200 hour moving average. So far the trendline and moving average has stalled the rise.