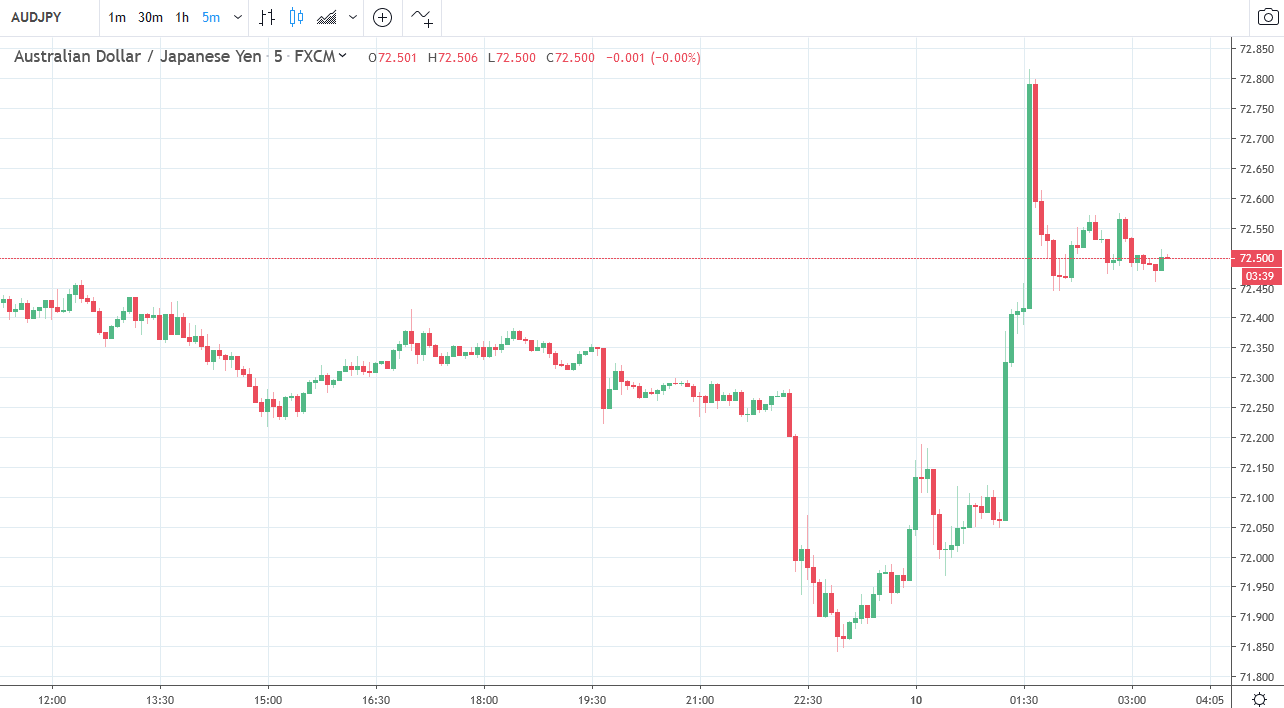 The US-China trade talks at ministerial level begin on Thursday in Washington and it was these very much in focus for markets here in Asia today, with big swings as contradictory headlines crossed the news.

First up we had the South China Morning Post reporting the Chinese delegation was going to leave the talks after only one day as there had been no progress made in the preparatory weeks in the lead-up. This saw substantial drops for equity index futures and risk currencies and gains for yen and CHF.

Using AUD/JPY as the guide to broader movement, it was sold (lower AUD, higher yen) down to around 71.85 before stabilising a little.

Soon after this initial news a White House official denied the Chinese delegation would be leaving early. AUD/JPY had begun to retrace some of its earlier loss but this item gave it a quick boost to around 72.15.

Fox News was next, they reported they had confirmed the negotiators, led by Chinese Premier Liu he would indeed be leaving after talks on Thursday and the AUD/Yen risk barometer dropped again, only to circa 72.00 though.

Two, more encouraging (for trade talks), items then hit, the first from Bloomberg saying the US was looking at including a currency agreement with China in a partial trade deal and then a New York Times piece saying the Trump administration was easing restrictions on some US companies selling some products to Huawei.

These positive signs saw a surge for AUD/JPY to highs circa 72.80. It has since come back to around the mid 72s where it is as I update.

I’ve ‘bolded’ the major headlines, read from the bottom up for the chronology:

I’ve used AUD/JPY as the gauge of how sentiment swung through the session, but of course there were moves elsewhere.

NZD broadly tracked AUD. CAD, too, has net gained on the session, from USD/CAD highs around 1.3345 its now circa 1.3320 (just under). EUR/USD was generally better bid, its added 25+ points from its early lows. Cable has edged a little higher on the session also

USD/JPY showed good sized swings (all the yen crosses thus have). USD/JPY lows were above 107 on the initial, South China Morning Post report with highs above 107.70 on the NY Times story.

Gold benefitted early but has retraced pretty much all of its move to be slightly higher on the session.