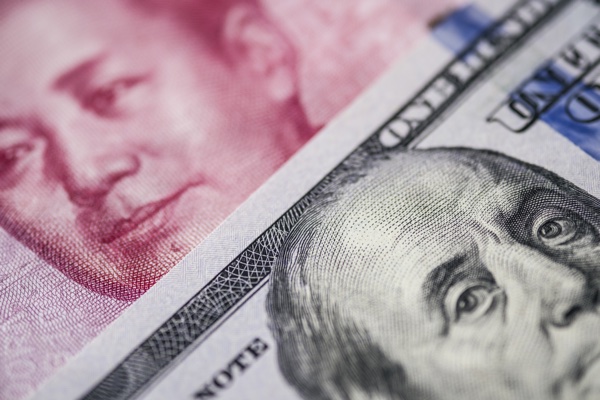 U.S. stock index futures jumped Wednesday morning on a report that said China is open to agreeing to a partial trade deal with the U.S.

Bloomberg News reported, citing an official, China is prepared to accept a partial trade deal as long as no more tariffs are imposed by President Donald Trump.

The report added that Beijing would offer non-core concessions like purchases of agricultural products in return, but not budge on major sticking points between the two nations.

The unnamed official said, however, negotiators were not optimistic about securing a broad agreement that would fully end the trade conflict between the world’s two largest economies. Both sides are set for high-level trade negotiations in Washington on Thursday.

Separately, the Financial Times reported that officials in China are offering to increase purchases of U.S. agricultural products, in order to reach a partial deal.

The world’s two largest economies have imposed tariffs on billions of dollars’ worth of one another’s goods since the start of 2018, battering financial markets and souring business and consumer sentiment. The long-running dispute has slowly expanded beyond trade policy, exacerbating fears about further damage to a fragile global economy.

Stocks fell sharply on Tuesday as expectations for progress on the trade talks dimmed. The Dow lost more than 300 points while the S&P 500 and Nasdaq dropped more than 1% each. Those expectations lowered amid U.S. visa restrictions on Chinese officials and the addition of more Chinese companies to a U.S. trade blacklist this week.

On the data front, and wholesale trade figures for August and Job Openings and Labor Turnover Survey (JOLTS) data for August will both be released at around 10 a.m. ET.

Tesla short sellers could help Elon Musk score a payday worth hundreds of millions
Huobi Opens Brokerage Platform for Institutional Investors
Best Trading Platforms & Software For Beginners (2019)
UK PM spokesman: There will be equivalence once we leave the EU
Wealthy investors see nothing that will stop this relentless bull market