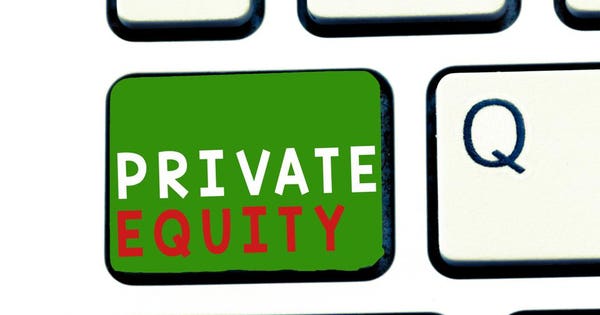 Private equity firms have caused thousands of people to lose their jobs or have their wages reduced. Yet, evidence in a recent study show that this is not the case in all private equity transactions.

In thousands of private equity buyout firms, job losses and lower wages resulted two years after the completion of the private equity transactions. After examining 9,800 U.S. private equity (PE) buyouts from 1980 to 2013, during a period that had significant swings in credit market tightness and GDP growth, professors and researchers Steven J. Davis, John Haltiwanger, Kyle Handley, Ben Lipsius, Josh Lerner, and Javier Miranda, found that “Employment at target firms shrinks 13% over two years in buyouts of publicly listed firms.” However, they found that employment “expands 13% in buyouts of privately held firms, both relative to contemporaneous outcomes at control firms.”  The evidence in the recently published report shows  “striking, systematic differences in the real-side effects of PE buyouts, depending on buyout type and external conditions.”

According to Eileen Appelbaum, Co-Director of the Center for Economic and Policy Research, “The finding in the current paper that employment falls 13% in buyouts of publicly-traded companies is a pretty damning statement about the job destroying effects of PE takeovers of successful companies that trade on a stock exchange.” She also elaborated that “The 13% increase in employment following buyouts of privately-held companies and 10% increase following buyouts of private-equity-owned companies is likely an artifact of PE’s penchant for acquiring ‘add-on’ companies in order to grow, rather than growing organically via the expansion of employment in the original establishments of the company.”

The authors’ evidence shows that “Labor productivity rises 8% at targets over two years post buyout (again, relative to controls), with large gains for both public-to-private and private-to-private buyouts. Target productivity gains are larger yet for deals executed amidst tight credit conditions.” However, “A post-buyout widening of credit spreads or slowdown in GDP growth lowers employment growth at targets and sharply curtails productivity gains in public-to-private and divisional buyouts.” Additionally, the study found that “Average earnings per worker fall by 1.7% at target firms after buyouts, largely erasing a pre-buyout wage premium relative to controls. Wage effects are also heterogeneous. In these and other respects, the economic effects of private equity vary greatly by buyout type and with external conditions.”

Very important for regulators, investors, and legislators in the current environment of record leverage of American companies, the research found that “Public-to-private buyouts involve greater leverage and bankruptcy risk but few advantages in financial returns, at least in recent decades.”

The authors also found evidence “that buyouts executed amidst easy credit conditions bring smaller productivity gains.” This “suggests that PE groups exercise some latitude in how they create value for their investors. When credit is cheap and easy, PE groups may select buyouts – or structure them – to deliver private returns via financial engineering rather than operating improvements.”  In 2016, Gompers, Kaplan, and Mukharlyamov found that “Many PE groups were founded and seeded by investment bankers that historically relied on financial engineering to create private value, employing strategies such as repeatedly re-leveraging firms and dividending out excess cash.”   Hence, Lerner stated that “In this light, it is unsurprising if PE groups place less emphasis on operating improvements when leverage and dividends deliver high private returns.” Their research also found “that buyout effects on employment growth are pro-cyclical, particularly for private-to-private and secondary buyouts, also warrants attention in future research. This aspect of our results suggests a “PE multiplier effect” that accentuates cyclical swings in economic activity. It resonates with concerns that private equity magnifies the effects of economic shocks.”

The study also referenced both European and American attempts to find ways to regulate private equity, one of the most unregulated parts of the financial system. In the U.S. Senators Elizabeth Warren (D-Mass.), Tammy Baldwin (D-Wisc.), and Sherrod Brown (D-Ohio), , along with Representatives Mark Pocan (D-Wisc.), and Pramila Jayapal (D-Wash.), proposed the Stop Wall Street Looting Act, which the legislators describe as a “comprehensive bill to fundamentally reform the private equity industry and level the playing field by forcing private equity firms to take responsibility for the outcomes of companies they take over, empowering workers, and protecting investors.” Joining these legislators were also Senators Kirsten Gillibrand (D-N.Y.), Bernie Sanders (I-Vt.) and Representatives Barbara Lee (D-Calif.), Jesús “Chuy” García (D-Ill.), Ayanna Pressley (D-Mass.), Rashida Tlaib (D-Mich.), Jan Schakowsky (D-Ill.), Ro Khanna (D-Calif.), and Raúl Grijalva (D-Ariz.).   In a piece I published last week, I summarized other legislative bills that Senator Elizabeth Warren has introduced together with different Democrats to curb the excesses of private equity.  This important study will likely reignite the debate about private equity’s impact on the employees of private equity buyout firms.