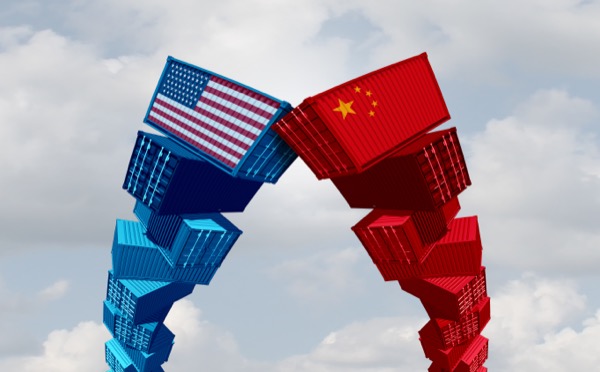 Not planning a broad-based agreement

Ahead of the high-level trade talks that are due to start on Thursday this week, China has given the impression that it doesn’t want to agree to a broad trade deal that US President Trump desires. Vice Premier Liu He has commented that he will travel to Washington with an offer that won’t include commitments on reforming Chinese industrial policy, or alleged government subsidies, that has been a constant complaint from the US side.

The more negative outlook for the trade talks has put pressure on equity markets in early trading this morning, with US indices giving back some of Friday’s gains. Losses range from 0.38% to 0.51%, with the NAS100 again the under-performer.

No real consensus at the Fed

Given the market’s desire to focus on the 50-year low for the unemployment rate rather than the jobs miss, Fed speeches since the report have tended to hold a more positive bias. Esther George commented that a low inflation rate was nothing to worry about, whereas Chairman Powell said they need inflation higher, back at the 2% level. Meanwhile, Mester (hawk, non-voter) thought the two rate cuts that have already been introduced have yet to feed into the economy. Incoming economic data would need to be examined thoroughly.

Mainland soldiers issued arrest warning to Hong Kong protesters on Sunday after lasers were pointed at China barracks there. This was the first direct interaction with mainland military forces in Hong Kong since the protests began four months ago.

It’s a public holiday in both Hong Kong and China today so the full impact of this development will probably not be felt until tomorrow. USD/HKD is up 0.05% at 7.8437, hovering just below the upper trading band limit of 7.85.

The German industrial sector is set to underperform again, with factory orders expected to show contraction for a second straight month in August. The latest survey shows expectations for a decline of 1.5% m/m following a 2.7% drop in July. There’s not much else to excite on the data front today apart from UK’s Halifax house prices for September (prices rose for the first time in three months in August) and the EU’s Sentix investor confidence reading for October. Confidence has been lacking for the past four months.

Fed Chairman Powell is scheduled to speak again. Late last Friday he commented that the Fed needs to see inflation higher, heading back to the 2% level.

The full MarketPulse data calendar is available for viewing at https://www.marketpulse.com/economic-events/