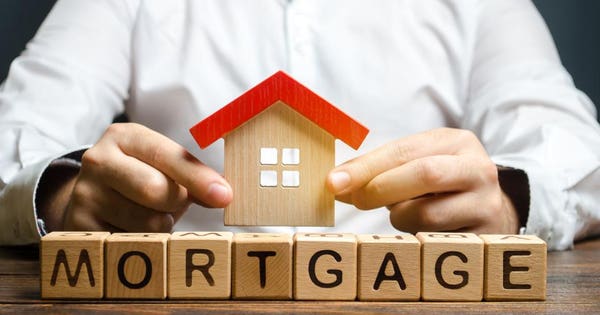 Lately there’s been a lot of discussion about a potential new financial recession being at our doors. All the signs are already present, from the stock market being shaky and the US economy being sluggish, the European banks on a downtrend, the China and US trade war continuing to linger and the Federal Reserve cutting interest rates for the first time since the last financial crisis, then doing it again two-months later to the Repo markets interest rate spike.

Just a few weeks ago, the US Department of the Treasury announced the “Housing Reform Plan” in which they want to place the government-sponsored Fannie Mae and Freddie Mac back into private hands. Fannie and Freddie, the two largest mortgage guarantee businesses and government sponsored enterprises (GSEs), were taken over during the 2008 housing crisis and have been government run ever since. All these events add up negatively as the impending recession is getting closer.

Today, there are many parallels that can be drawn between our current economic environment and the previous financial crisis, but there is also a significant differentiator. In the midst of the previous crisis a new technology had just surfaced and given rise to a wave of new financial markets and economic rules. Let’s face it, we live in a bitcoin and blockchain world now.

What could be done differently back then if we’d had blockchain and distributed ledger technology in place?

We live in such a social media driven society that sentiment can be twisted seemingly overnight. Even Google recognized the spike in searches for the term “recession” in August.

So, can we trust software over humans when dealing with opaque and inefficient mortgage origination systems?

What would be the benefits of tokenized real estate and the issuance of digital mortgages or mortgage backed securities on a blockchain?

During the last few years, we have seen a significant change in the mortgage space. We have seen the rise of non-bank mortgage lenders in a field largely dominated by traditional banks. Those non-bank lenders are usually more flexible, offer better fees, and rely heavily on new smart and advanced technologies.

So, what are the current issues in the mortgage space? To start with, it is a heavily manual and paper intensive process which can take between 45 and 60 days. The average mortgage application is around 500 pages and can go up to 2000 pages. On top of that there are so many intermediaries (brokers, appraisers, attorneys, underwriters, agents and agencies) involved in the process and each of them adds 1-2% of the total property value as a cost to the real estate transaction.

In an environment like that a new blockchain and smart contracts process can thrive. For example, we can have the closing process almost entirely automated by smart contracts with minimal involvement from attorneys. We already have platforms like OpenLaw and Clause that present legally enforceable smart contracts and can automate similar processes.

Another area that could be explored is the 45 million Americans without credit score. Currently, this is an untapped market for the banks and one way that can be resolved by establishing a Digital Credit Score, this evolves around developing new methodologies to calculate a score based on the digital footprint and social signals of the individual. Having blockchain as the underlying record keeping technology will present an immutable and trustworthy record proof. The rise of the digital identity platforms that run on a blockchain will help with validating applicants’ identities on the blockchain immediately.

The nature of distributed ledger technology (DLT) allows for replicated copies of the on-chain data, according to the set privacy conditions and as much as the data regulations and Personally Identifiable Information (PII) rules allow it. Then, all the participating parties on that blockchain mortgage network could significantly reduce their shared mortgage origination risk and loan fraud.

I strongly believe in the tokenization of real-world assets. Until now, we see a myriad of financial assets like fiat currencies, shares, bonds and stocks being turned into their respective digital copies on a blockchain ledger. We already see live examples of digital securities in the financial services sector but the big opportunity is to tokenize real estate. To put this into perspective here is the real estate tokenization opportunity visualized.

When we have our real estate tokenized on a blockchain, the origination of digital mortgages will become the natural choice due to the greater visibility and increased liquidity of those assets.

Once we have tokenized real estate and digital mortgages that are originated on a blockchain, the issuance of mortgage backed securities on the same ledger will be seamless. One way of doing this is for the lender to issue a security token to de-risk and possibly make money. The other option is for borrowers to issue a token in order to raise capital for initially buying the asset.

The digital transformation caused by blockchain and DLT will have its impact on the mortgage industry, but it might take some time. We already see steps in that direction as startups are currently issuing $85 million in loan originations per month, but it will take years until the important participants like banks are fully onboard. One thing we know for sure, the sophistication that blockchain technology and smart contracts bring will lead to huge operational cost savings and the opening of new untapped markets.