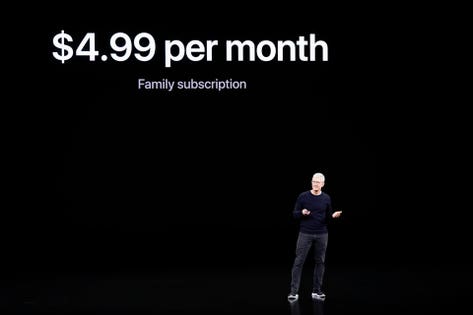 Topline: Shares of Netflix and Disney dropped on Tuesday, following an announcement that Apple’s new rival TV service will be less expensive than any other major streaming service.

Key background: Apple TV+ will showcase original programming content from Apple, in what is the company’s latest effort to expand the services side of its business and offset declining iPhone sales. The details on the new streaming service were a center-piece of Apple’s big announcements today. At the event, consumers also got a glimpse of the new iPhone 11, an upgraded seventh-generation iPad, the new Apple Watch Series 5, and Apple’s new mobile gaming subscription service: Apple Arcade.