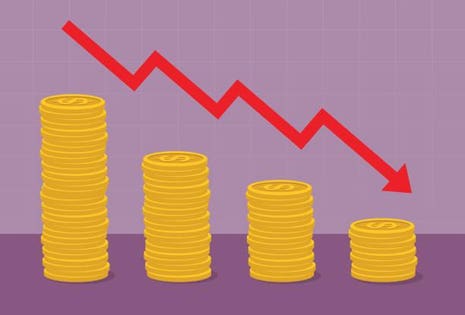 Banks around the world will find it harder and harder to be profitable.

Numerous indicators in the U.S. and around the world are signaling a slowing economy at best and a near-term recession at worst.  The slowing global economy, along with low interest rates, ongoing trade tensions, and intensifying Brexit uncertainty will weigh on banks’ profitability for the foreseeable future.  In the US, whatever benefits banks derived from Trump’s tax reform, if any, are long gone.

Global Macroeconomic Outlook for the G-20

Last week’s announcement from Coalition that American and European investment banks’ capital markets and advisory’s revenues hit a thirteen-year low is likely to be the beginning of more challenges to come.  Even before that announcement, Moody’s Investor Services had changed its positive outlook on global investment banks to stable precisely due to slower economic growth and lower interest rates.

As a recession comes closer, bank risk managers, investors, regulators, and rating agencies will be monitoring banks’ loan impairments carefully.  According to the Fitch Ratings’ Large European Banks Quarterly Credit Tracker – 2Q19, released last week, “The economic slow down in Europe has not resulted in material new impaired loans yet, but the substantially weakened economic outlook has increased the likelihood of an at  least modest increase in impaired loans.”

Banks’ high holdings of leveraged loans and below investment grade bonds and securitizations, especially those that are less liquid and harder to value, will also weigh on their earnings as the global economy slowdown intensifies.  Fitch Ratings’ recent ‘U.S. Leveraged Loan Default Insight’ shows that its “Top Loans and Tier 2 Loans of Concern combined total jumped to $94.1 billion from $74.5 billion in July. The Top Loans of Concern amount ($40.9 billion) is the largest since March 2017, with six names added to the list and nearly all bid below 70 in the secondary market.”  Unfortunately, underwriting continues to deteriorate. The Federal Reserve Senior Loan Officer Survey showed a modest loosening of lending standards on corporate loans for the second consecutive quarter.

A slowing economy and low interest rate environment are outside of bank managers’ control. Yet, cost efficiency, is something that banks can influence; it needs to improve for banks to be more profitable.  European banks’ median/cost income ratio, for example, is 66%. “The sector’s structural cost inefficiency will eventually have to be addressed given the persistently weak rate and revenue outlook. Improving cost efficiency faster and developing fee-generating businesses are crucial to sustain profitability in 2H19 and beyond.”

Global investment banks will also have to be very attentive to what changes need to be made to their business models. While there will be demand for their advisory and distribution services, the demand will slow down in what is likely an upcoming recession.

Moreover, as banks continue to lay-off front office professionals, some top latent to effect deals well will be lost.  Volatility from Trump’s multiple front trade wars and Brexit will put a lot of pressure on banks with capital market activities.

Banks in emerging markets are also under profit pressure.  Many of the banks in Latin America already have a negative outlook by ratings agencies, particularly due to a slowdown in Mexico and recessionary pressures in Brazil. Asian banks are particularly sensitive to US-Chinese trade tensions.

More than ever, to increase profitability, bank executives will need to find ways to diversify their revenue streams in all parts of their banks, commercial, investment bank, asset management as well as in custody and clearing services.  Banks need to be profitable to be liquid and to be well capitalized to sustain unexpected losses. What worries me is that a slowing global economy, coupled with increasing deregulation in the US, such as the recent gutting of the Volcker Rule, will embolden banks to chase yield even more and take excessive risks that could imperil depositors and taxpayers.  More than ever, investors, bank regulators, and rating agencies should remain vigilant so as to spare ordinary citizens the pain of when banks run into trouble.