Christopher Warner and Ozo Jaculewicz helped build one of the top-performing funds of 2019 with an unconventional bet: Waste Connections.

Waste Connections, a waste management company based in Canada, has the largest weight in the Wells Fargo Asset Management Discovery fund (WFDAX), which is managed by Warner and Jaculewicz. Their bet on Waste Connections panned out, with the stock gaining 23% this year. It has also led to massive gains for the fund’s investors in 2019. 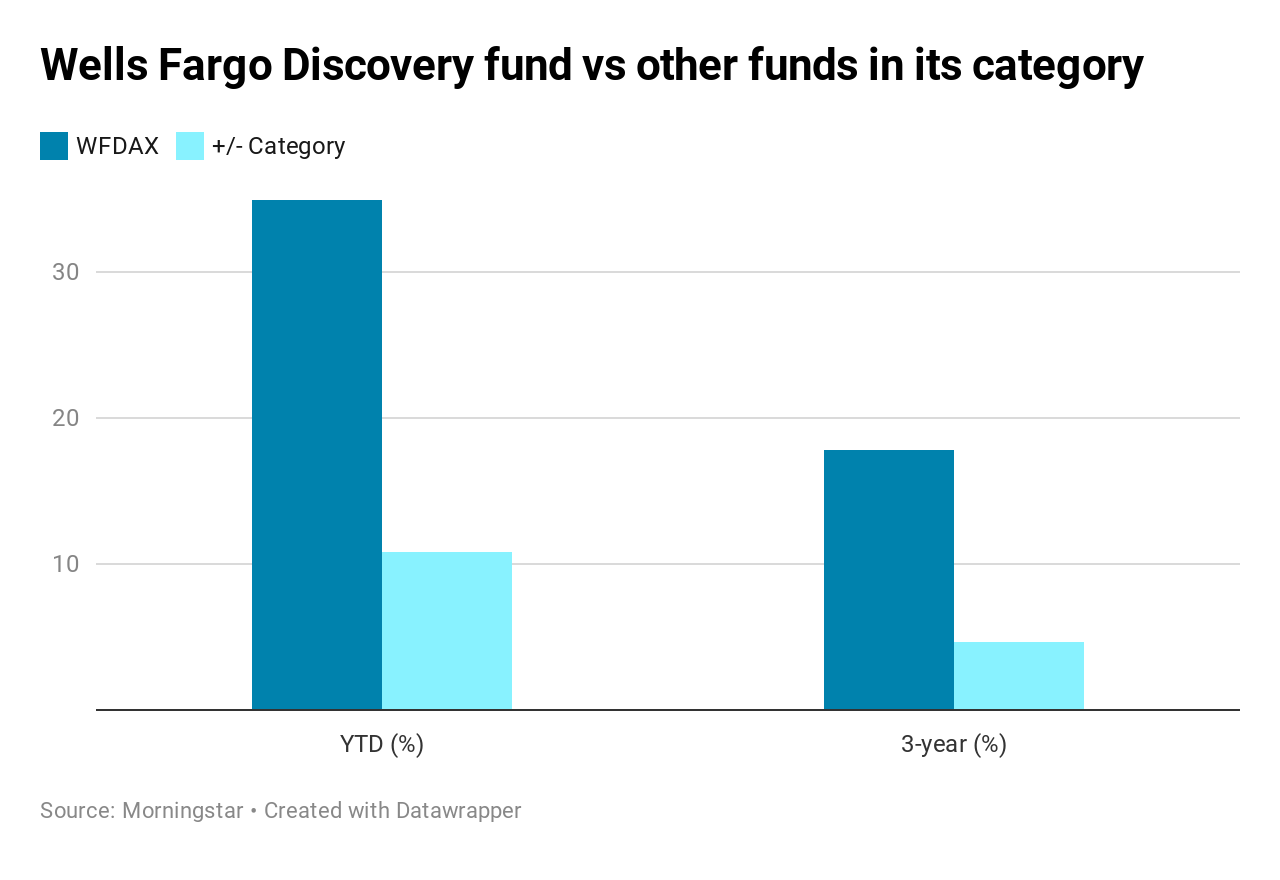 “The way we manage the portfolio and the way we think about things is we like balance and sales,” said Warner, one of the fund’s co-managers. “We’re growth managers but we like a balanced portfolio so we can do well in different market environments.”

Connor Young, an analyst at Morningstar, said that while the fund is a top performer, it has been vulnerable to big pullbacks in the market given its tilt towards high-growth companies. The fund, Young noted, posted a 20% loss in the fourth quarter of 2018 amid a sharp market downturn.

“But at their core, these are talented and experienced managers who … continue to carry out a proven approach that has delivered strong long-term results at this fund,” Young said.

‘The right side of change’

Waste Connections was first added to the fund in June 30, 2016 after the company announced a merger with rival Progressive Waste Solutions. In that time, the Waste Connections shares have almost doubled.

“Progressive was a poorly managed asset,” Warner said. “Waste Connections just had a better strategy than everyone else. They focus on secondary markets; markets where they can be the only provider.”

Waste Connections fits into the team’s philosophy of investing in companies that are on “the right side of change,” Warner added.

“Think about the Krogers vs. the Amazons. The consumer preference for younger consumers is to get their groceries delivered, have low prices and transparency. Kroger, to a certain extent has invested in stores and store distribution,” he said. “In our view, those companies … are on the wrong side of change.”

Other stocks that fit this investment strategy include MercadoLibre, an online retailer based in Argentina, and Black Knight, a company that builds software solutions for banks to better process mortgage originations and home equity lines.

MercadoLibre shares have been on fire this year, skyrocketing more than 100%. The stock has done even better since the fund first invested in it. MercadoLibre is up more than 200% since Sept. 30, 2016.

Warner said MercadoLibre’s integrated payment system, coupled with its e-Bay-like marketplace, put it on the right side of change.

“In emerging markets like that, consumers tend to skip a step and they may not even get a credit card or a bank account,” he said. “They’ll deal directly with the e-commerce provider, sort of like Alipay and WeBank in China. They’ll skip the traditional businesses we’re used to.”

As for Black Knight, the company has a lot of space to grow as banks’ software infrastructure ages and it becomes more expensive to upgrade, Warner noted. “What Black Knight has done is create a packaged software solution to offer to these banks, take it over at a much lower cost while providing the functionality you need to be competitive in the modern world.”

The fund’s investment approach has returned more than 17% over the past three years, outperforming nearly 90% of its peers over that time.

“We think the long-term prospects of those companies on the right side of change are commonly misperceived by the market,” said Jaculewicz, an associate manager working in the fund. “That’s a key anomaly and a key signal that we’re looking to exploit. We think innovation is mispriced pretty often.”

But Jaculewicz added it is becoming increasingly difficult to effectively navigate this market and find good companies to invest in.

“There are just simply fewer businesses in the world that can grow earnings and cash flow at sort of predictable levels,” he said. “In a world that’s starved of growth, investors are going to continue to seek out characteristics that are more certain.”