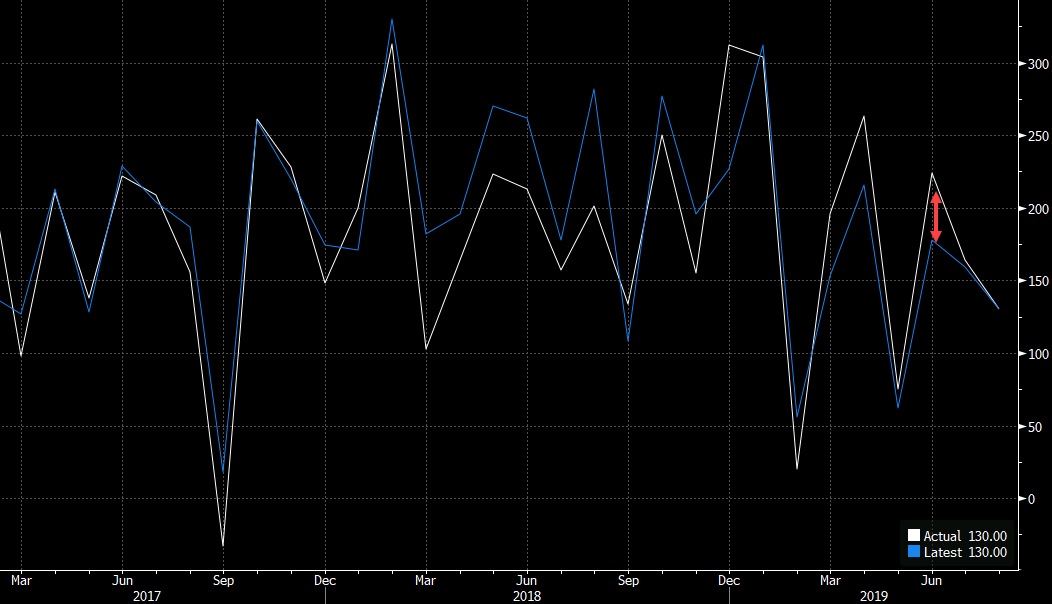 Don’t get me wrong, data often leads to big moves in markets and once-in-awhile; a change in the trend. Much more often it’s noise and a mash-up of confusing noise.

So what’s a better way to find the signal. One theory is that revisions offer better clues.

If you look at the past 5 non-farm payrolls reports, they have all featured a downward revision to the prior. In that timeframe, benchmark revisions also cut a half-million jobs.

The above chart shows a consistent gap between the initial release (titled ‘actual’ here) and the revised number. What’s also interesting is that if you go back a year the revisions were consistently higher and that was followed by a series of strong numbers. Remember this all came in the context of economists and the Fed forecasting a slowdown to an average of +100K jobs.

It’s not just jobs data, it’s something that applies all economic data. Keep an eye on it.