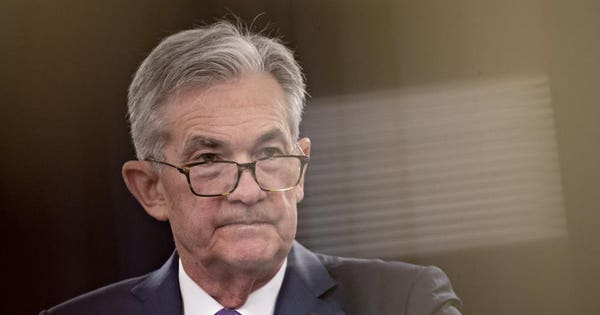 The Federal Reserve can fairly be said to be cutting interest rates because of Donald Trump. But the move has little to do with the unprecedented and buffoonish levels of political pressure this president is placing on the U.S. central bank, whose functioning is key to domestic and global economic stability.

Instead, Fed officials made clear in minutes from their July 30-31 meeting released this week that they are, instead, reacting to Trump’s erratic mismanagement of the economy.

Naturally the Fed, which is seeking more than ever to assert its political independence now that it’s facing frequent Twitter tirades from the White House, did not mention Trump by name.

But the vestiges of his deepening trade war, and the impact it is having on world economy and in turn the United States, were cited as the leading rationale for the easing of monetary conditions, which represented an about-face from predictions of a hike as recently as late 2018.

Officials with a current vote on the Federal Open Market Committee said that while “the overall outlook remained favorable, significant risks and uncertainties attending the outlook remained.”

The source of uncertainty was distinctly Trumpian: “In particular, sluggish U.S. business fixed investment spending and manufacturing output had lingered, suggesting that risks and uncertainties associated with weak global economic growth and in international trade were weighing on the domestic economy.”

Recall, boosting business investment was supposed to be a key justification for Trump’s corporate tax cuts. Things haven’t quite panned out that way, disproving Republican trickle-down economics for the umpteenth time.

Worse yet, the lack of an economic boost from a poorly designed fiscal program has been compounded by the drag from Trump’s trade wars, which have now targeted pretty much every major U.S. ally and many less friendly nations.

Trump’s seemingly intractable head-to-head with China, the world’s second largest economy, is especially concerning to Wall Street—and to members of the Fed.

“Strong labor markets and rising incomes continued to support the outlook for consumer spending, but modest growth in prices and wages suggested that inflation pressures remained muted. Inflation had continued to run below the Committee’s 2% symmetric objective,” the minutes said, a sign that economic activity is still running below potential despite a low unemployment rate.

Investors will now look to Fed Chair Jerome Powell’s Jackson Hole speech for clues as to the future of monetary policy, after he offered mixed messages last month during an awkward post-meeting press conference.

For now, many are expecting more cuts ahead.

“We think the risks lie towards the FOMC delivering more than the 75 basis points of cuts we currently forecast over that time-frame.”