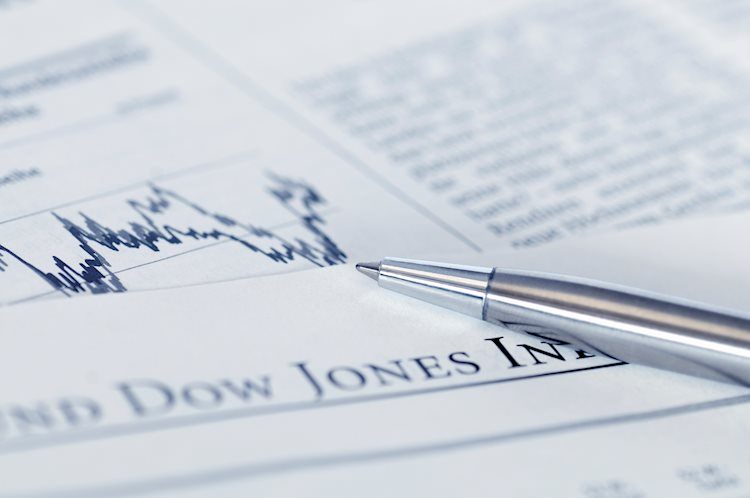 Wall Street traders were all set for a positive day on the premise that the Federal Reserve’s Powell would advocate for precautionary measures to offset the ‘potentially’ adverse implications for an otherwise growing US economy. However, China came along with a surprisingly timed retaliation in the trade war saga and dispute between Beijing and the US. Consequently, the Dow Jones Industrial Average closed down 623.34 points, or 2.4%, at 25628.90. The S&P 500 dropped 2.6% and the Nasdaq Composite fell 3% and here’s why:

News came that China will impose 5% to 10% tariffs on $75 billion of goods (including frozen pork and nuts) along with resuming the 25% duty on US automobiles and auto parts from 15th December, although some tariffs will come into effect as soon as 1 September. It wasn’t so much that China had retaliated in the way that they did which caused the panic attack in the markets on Friday, it was the fact that traders were caught completely off guard. Markets were simply not prepared for the Chinse announcements out of the blue like this given that China did not immediately react to the 10% US tariffs on $ 300 billion goods and President Trump’s unexpected tariff delays to 15 December.

Indeed, there had been plenty of canaries in the mine for markets to take heed of throughout the various official Chinses news outlets that had been warning of such scenarios, warnings that had prevented a full return of risk appetite, weighing on US yields and stock markets. The US yield curve had been big news in recent sessions which gave oxygen to the US recession pundits, of which many economists have warned that such sentiment circulating in the media could end up being self-fulling. Prior to Friday’s session, markets were already on edge with bond prices sending fresh warnings about the US economy after a report showed that manufacturing activity slowed for the month of August to the lowest in almost 10 years forcing the yield on the 10-year note to fall below the 2-year’s briefly.

Trump fires back at China after the close

Following the Chinese retaliation, it was circulating that Trump would react, and, of course, he did! Tacitly timed after the Wall Street close, no doubt, Trump came out with the following statement over Twitter:

For many years China (and many other countries) has been taking advantage of the United States on Trade, Intellectual Property Theft, and much more. Our Country has been losing HUNDREDS OF BILLIONS OF DOLLARS a year to China, with no end in sight Sadly, past Administrations have allowed China to get so far ahead of Fair and Balanced Trade that it has become a great burden to the American Taxpayer. As President, I can no longer allow this to happen! In the spirit of achieving Fair Trade, we must Balance this very unfair Trading Relationship. China should not have put new Tariffs on 75 BILLION DOLLARS of United States product (politically motivated!). Starting on October 1st, the 250 BILLION DOLLARS of goods and products from China, currently being taxed at 25%, will be taxed at 30% Additionally, the remaining 300 BILLION DOLLARS of goods and products from China, that was being taxed from September 1st at 10%, will now be taxed at 15%. Thank you for your attention to this matter!

So, we can expect further declines in stock markets for sessions ahead and despite Powell’s best efforts of talking up the US economy in his delivery at the Jackson Hole earlier in the day.

Chair Powell managed to pull off an impressive tightrope act by not deviating from the “mid-cycle policy adjustment” mantra, but at the same time, he acknowledged that developments since the July meeting have been “eventful” – If only he knew what was to come later in the day!

“He cited a number of risks to the outlook (new China tariffs, further evidence of slowing in Germany and China, geopolitical events including Brexit, Hong Kong, Italy, and financial market volatility and post-crisis lows in yields). Based on these risks, Powell reiterated that the Fed “will act as appropriate to sustain the expansion”, suggesting a rate cut is likely in September,” analysts at TD Securities acknowledged. However, markets will now be quick to price in subsequent from the Fed, perhaps even as early as October.

What does this all mean for US stocks?

When comparing the U.S. stock market to the 49 countries and competitor markets, investors have obviously been content in its performance to date – much to the delight of ‘talk(twitter)-it-up-Trump’ and current administration as we head into an election year. However, this trade war escalation is sending can only end badly for US stocks if the US consumer gets the brunt of it. Moreover, the majority of the best performing components of the benchmarks to date are those corporates that have foreign sales which account for no less than 43% of total revenues for the S&P 500 listed companies – Trade war escalation can only be bad news for these companies and when you see a retraction in consumer confidence and job growth … Well, it doesn’t take more than common sense to see what the ramifications are going to be for US stocks.

Pulling up the charts on the bellwether DJIA index, we can see that volatility is at play and when we see this we should be getting prepared for one of two things – either an upside breakout or a downside breakout which would usually extend into either a continuation or a reversal. The fundamentals are stacked against an extension of the prevailing trend so we focus our attention on the downside levels for now.