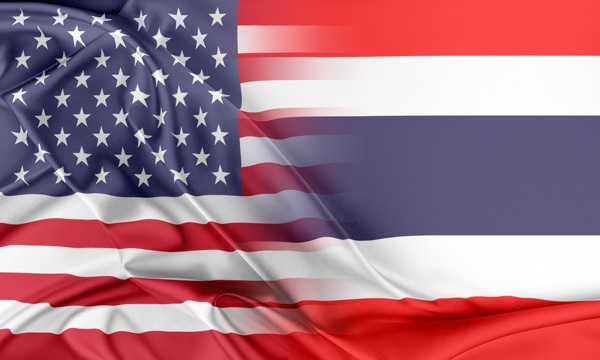 Friday’s positive mood on Wall Street continued in morning trade in Asia, with US indices gaining between 0.49% and 0.59%. The outperformer of the day was the HonkKong33 index, which rallied 1.8% after the ongoing weekend anti-government protests, now in its 11th week, passed off peacefully for the first time in a number of weeks.

Currencies were a little more lacklustre, with no discernible risk-on trading evident. EUR/USD was up 0.02% by lunchtime while AUD/USD slid 0.05%. GBP/USD looks set for its third daily gain in a row, the first time since early-July, after posting the first weekly gains in five weeks last week.

In what is likely to be a recurring theme in Asia, the Thai economy slowed to +0.6% q/q in the second quarter, down from +1.0% in Q1 and below economists’ estimates of a 0.7% expansion. No doubt the Us-China trade frictions and a slowing Chinese economy contributed to the slower growth and this theme is likely to repeat across most Asia export-focused economies.

The Thai baht has been the best-performing Asian currency against the US dollar this year, rising more than 5% since the start of the year. Those gains have caused some concerns and complaints from the tourism sector and the authorities scaled down tourism receipts for this year to 2.04 trillion baht from 2.21 trillion baht. USD/THB is now at 30.865, just above last month’s low of 30.510, which was the lowest since June 2013. The Agency sees USD/THB in a 30.7-31.7 range.

In contrast to the rest of the region, ratings agency Fitch upgraded its 2019 growth forecast for Malaysia to 4.6% from 4.2% at a prior estimate, stating that is sees imports and investment increasing while exports are likely to be a drag in the second half of this year.

It’s a slow start to the week on the data front, with most eyes already on the Fed’s Jackson Hole Symposium which starts on Thursday. Today we only have Euro-zone current account data for June and Euro-zone consumer prices for July. CPI is seen falling 0.4% m/m, which would be the lowest reading in six months, and could give the ECB some encouragement in its easing considerations.