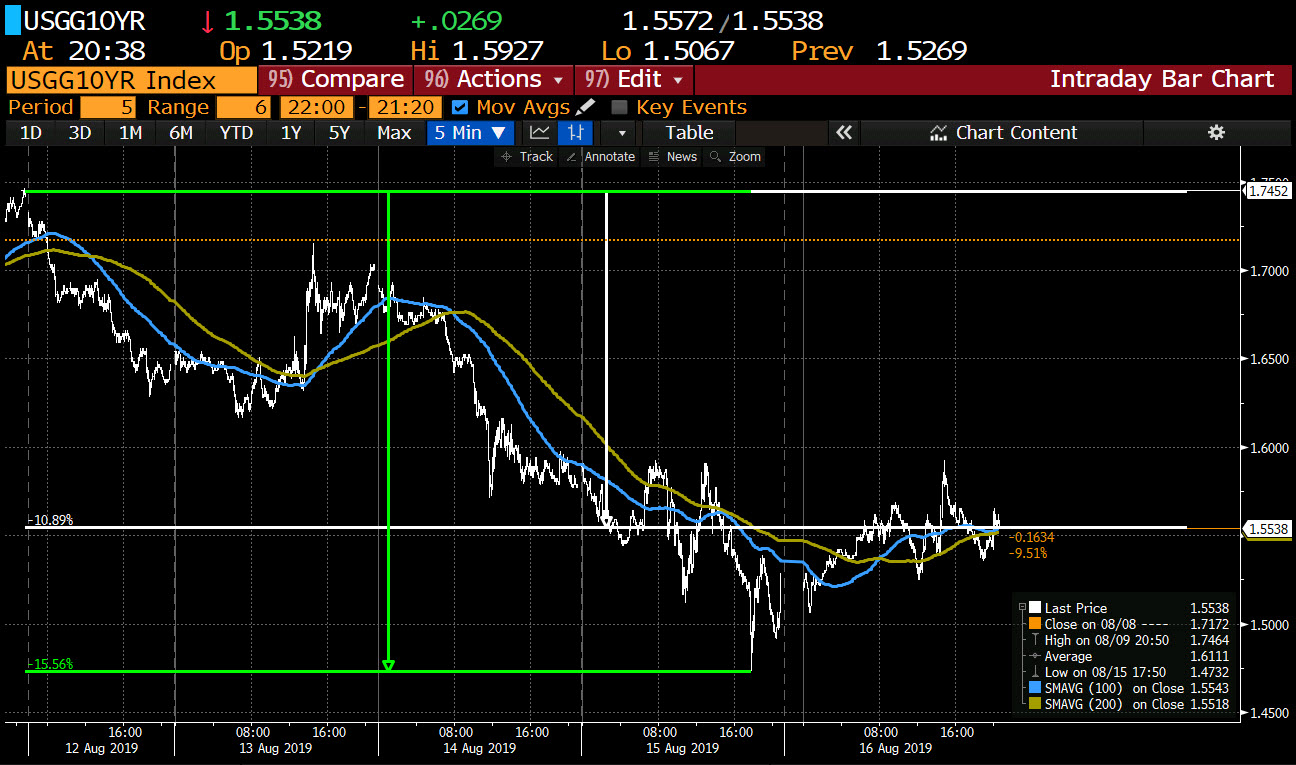 Yes this week, had a day when the Dow and Nasdaq each fell over 3%. However, this week was really about yields. 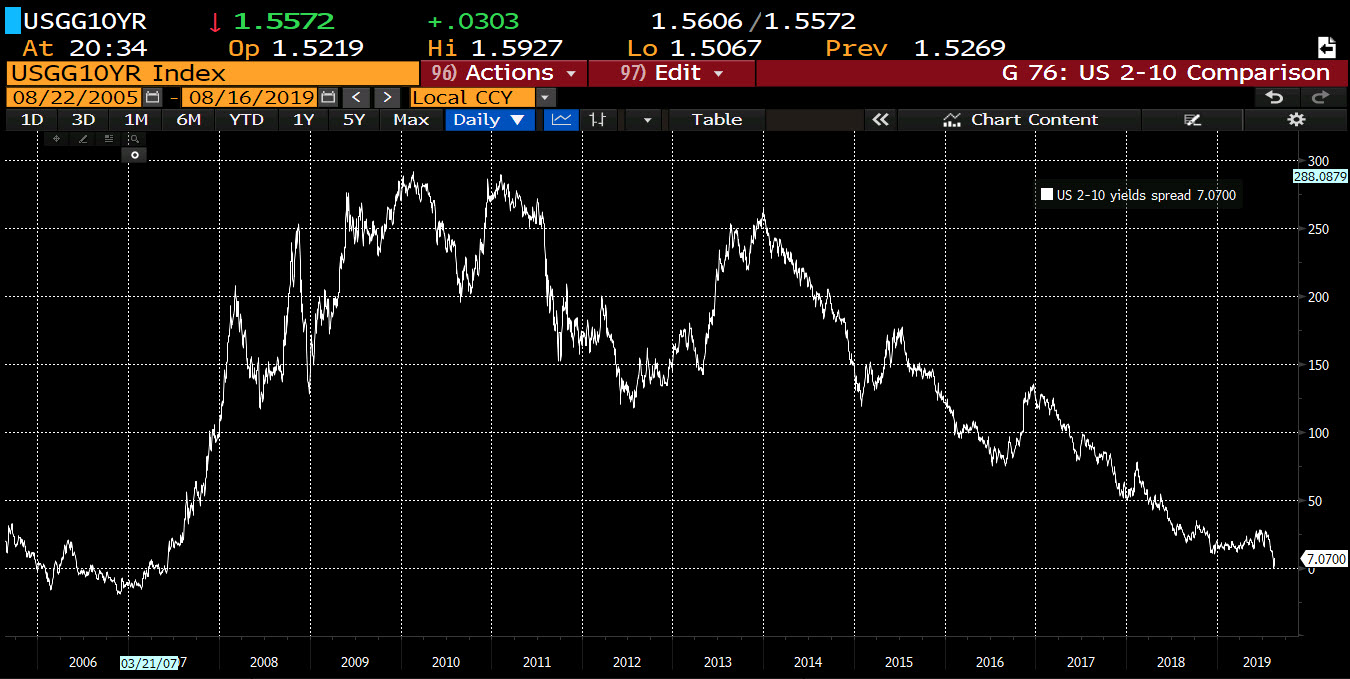 Those were the catalysts for the tumble in stocks for the week.

The fundamental reason for the fall?

Despite concession by the Trump administration that some of the China tariffs would be delayed until December (and some will not take place at all), the anxiety about what can and will be done as far as “a deal” remains sketchy at best.  It is the US’s Brexit dilemma.

In addition, other central banks are ready to and willing to go low(er) even if the US is reluctant.

The EU’s Rehn said that the it is better to be safe than sorry (the chance of a 20 bp cut went up for the ECB), and the Bank of Mexico went ahead and had a surprise cut. Last week, the RBNZ cut by 50 bps instead of 25 bps.

The global trend is for lower rates and that has the market marking down rates in the US as well.

The European 10 year yields are all making all time lows.  Germany’s low yield today was -0.727% before rebounding, and Spain got within 0.02% of reaching 0.0% (see lows in the chart below).

With the US 10 year at 1.56%, it seems like a steal, especially if the fundamental backdrop for the economies of the world are unknown and loaded with increased risks.

Now it is not alll doom and gloom.  The data this week was good enough in the US to have the Atlanta Fed GDPNow rise from 1.9% to 2.2% and the NY Fed to rise to 1.82% from 1.58% last week. Those are better than the German and UK GDP most recent numbers which were negative.