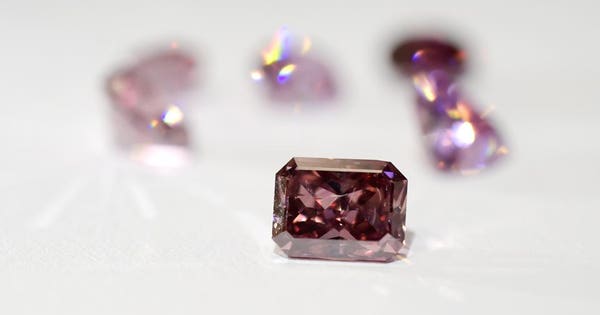 The annual Argyle Pink Diamonds Tender is arranged for a photograph at the Argyle diamond mine operated by the Rio Tinto Group in the East Kimberly region of Western Australia, Australia, on Friday, July 12, 2019. (Photographer: Carla Gottgens/Bloomberg)

Rio Tinto (NYSE: RIO), one of the largest iron ore miners in the world, has seen its iron ore segment grow continuously over the recent years. Growth of RIO’s iron ore division is crucial for the company as it contributes over 45% of Rio Tinto’s revenues. In this analysis, Trefis compares and contrasts RIO’s iron ore division’s growth and performance vis-à-vis its primary competitors and provides an outlook of the future course of business, amidst supply constraints and higher global prices.

You can view the Trefis interactive dashboard – How Does Rio Tinto’s Iron Ore Business Compare With Its Peers? – and make changes to our assumptions to arrive at your own forecast for RIO’s shipments, revenue, and market share. In addition, here is more Materials data.

A Look At Historical Revenue and Shipment Trends

Eating into Vale’s market share bodes well for Rio Tinto’s outlook as well as stock price movement. As per Rio Tinto Valuation done by Trefis, we have a price estimate of $62 per share for RIO’s stock.

For CFOs and Finance Teams| Product, R&D, and Marketing Teams

Like our charts? Explore example interactive dashboards and create your own.