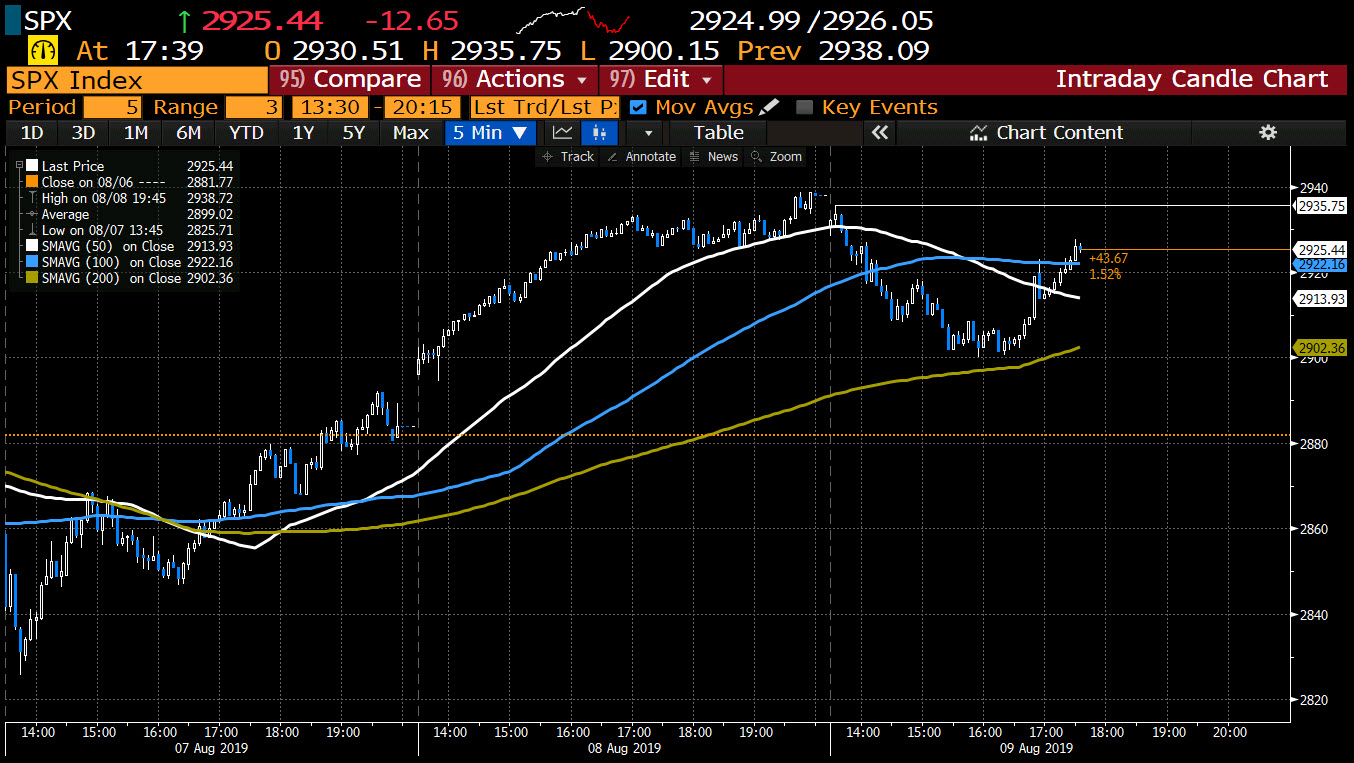 Get used to it folks

The US stocks are staging a rally on less China fears. There have been two reports that have help that sentiment:

The S&P index is grinding higher with the price moving to 2927. The low reached 2900 today.  The high for the day reached 2935.75 shortly after the opening.  Technically on the intraday five minute chart, the price has moved back above its 100 bar moving average at 2922.16. 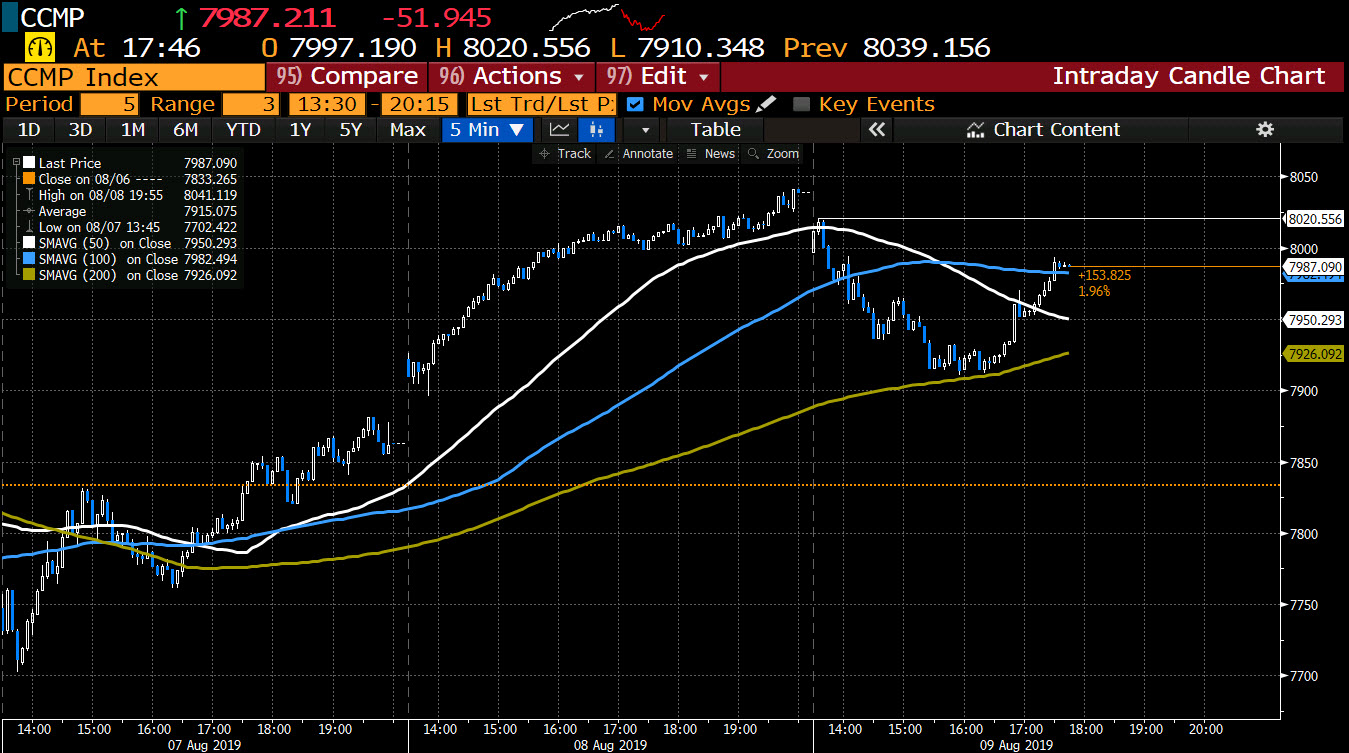