The clock is ticking for the relief rally to turn sour, according to Nomura macro and quant strategist Masanari Takada. And by his count, the market has only three good trading days left.

The strategist, who has turned heads by calling for a “Lehman-like” sell-off soon, looked at data going back to 1994 to analyze the S&P 500 performance when the market experienced volatility spikes twice in a short period of time. If history is any guide, stocks could peak around Aug. 14, six trading days after the first spike in the Cboe Volatility Index, Takada said. 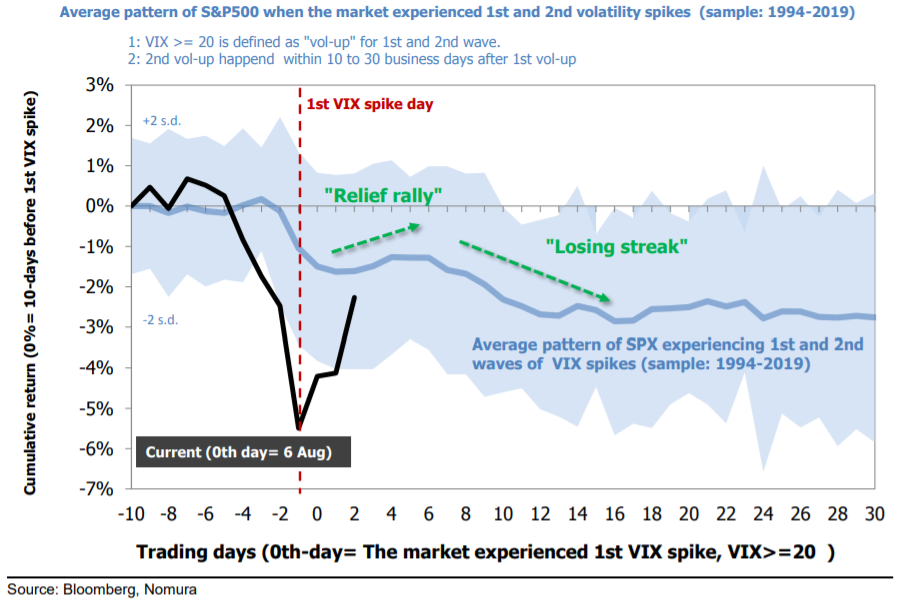 “We still view this as a mere relief rally after the major market plunge. The rally looks likely to pause next week, and we think investors should cautiously watch the prospects for another ‘vol-up’ scenario in the latter half of August,” Takada said in a note to clients on Friday.

The market notched a three-day rebound after suffering from their worst day of the year as the U.S.-China trade war escalated. The stock market was on pace to finish the week about unchanged. The strategist predicted Monday’s monster sell-off as he had warned clients that hedge funds and other players’ bearish positions created a catalyst for an explosion in Wall Street’s fear gauge. He has also said the next sell-off could resemble the one that followed Lehman Brothers’ collapse.

The seasonal pattern suggests madness will return to the market as soon as late August, Takada pointed out, adding that investors could get burned as they haven’t been buying protection.

“Equity volatility has been moving in line with usual seasonal patterns…There has been no increase in call buying in the VIX options market, so investors do not seem adequately prepared for a vol-up scenario,” Takada said.

For macro investors who have been buying the dip to support the relief rally, signs are beginning to show a slowdown in fundamentals which can prompt them to flee the market again.

Takada pointed to the Citi Economic Surprise Index, a widely followed barometer of how economic data do relative to economist expectations, have been hovering below negative 30 since February. 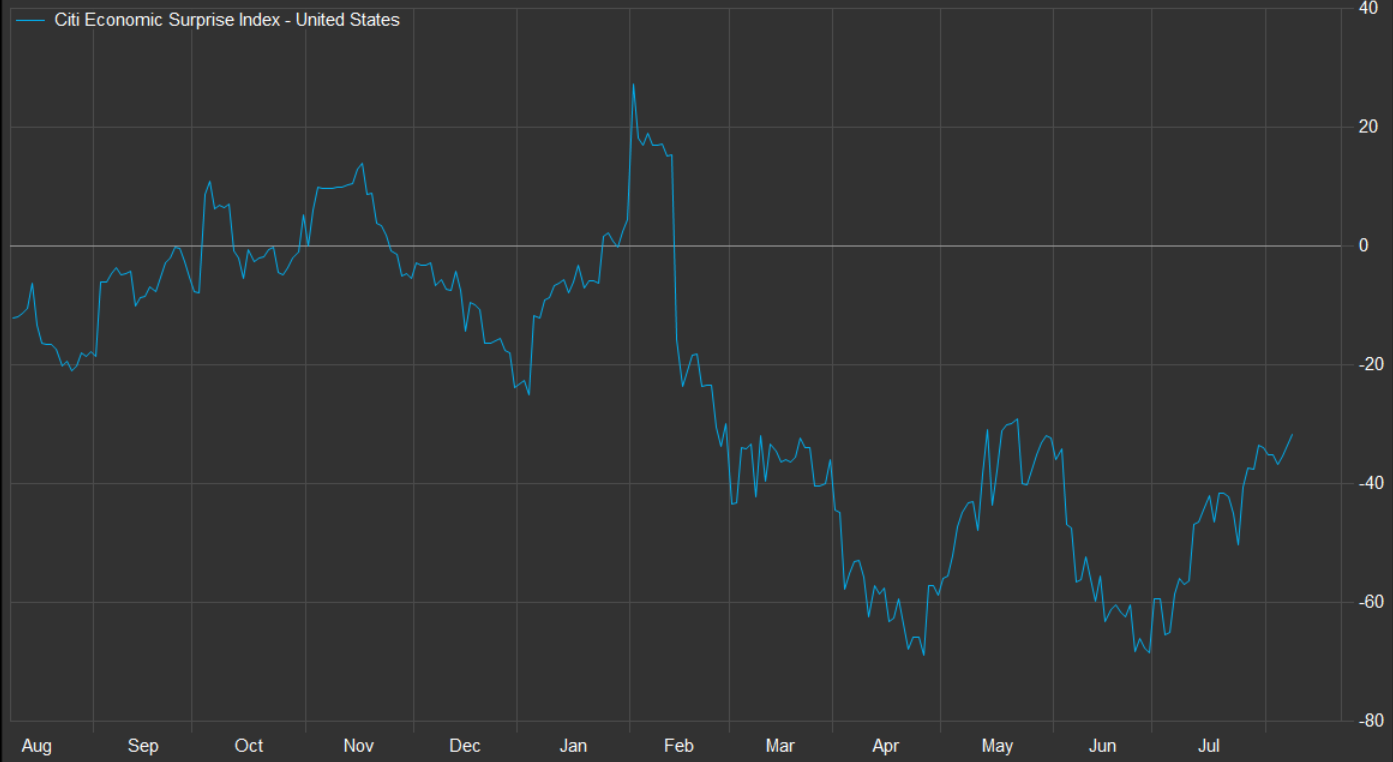 “Considering that the current bullishness among macro investors may have been catalyzed by the upswing in these indicators, these investors’ equity buying could lose speed as early as mid-August,” the strategist said.