The firm put out its monthly “Balance of Power” report focusing on good entry points into the market amid a confusing macroeconomic landscape.

Defense stocks have outperformed the broader markets despite trade war tensions, currency wars and unprecedented low interest rates globally. After stocks suffered their worst day of the year on Monday, defensive names like Huntington Ingalls, which is the largest military shipbuilding company in the country, have bounced back nearly 3%, while the S&P is up 1.4%. 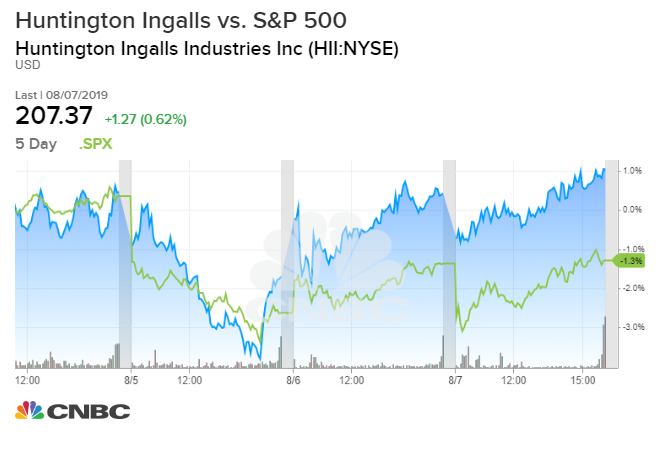 Stocks such as Spirit AeroSystems and Boeing are more attractive because markets have become more comfortable with their “fattish” budgets and deficit cutting isn’t a priority in Washington this year, Seifman said.

“We think some investors started focusing on Defense pensions during the 2018 selloff, heightening valuation concerns, and now there is a better understanding of how pension will be a source of cash…for some time,” said Seifman.

Huntington Ingalls is J.P. Morgan’s top pick after under performance earlier in the year.

“The stock has recovered from other earnings disappointments this year, and with the long-term outlook little changed, risk-reward looks attractive,” said Seifman.

— with reporting from CNBC’s Michael Bloom.