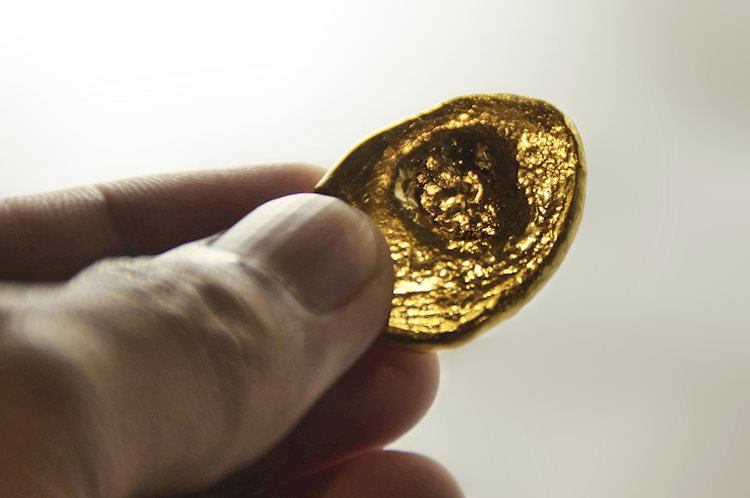 Gold prices on Friday gave back earned ground from the prior session following a dialled back in the markets with respect to Federal Reserve rate cut expectations. Spot prices fell from a high of $1,452.95 to a low of $1,420.35, ending the New York session at $1,425.35 and -1.49%.

The greenback stablised following The Wall Street Journal’s report that Fed officials, based on recent public statements and interviews, were actually signalled they were ready to cut rates by a just a quarter-percentage point and not by 50 basis points. The Dollar was 0.3% higher at 97.104 in the DXY by the precious metal’s close and was closing the New York session back on he 97 handle, + 0.41%. The 10-year Treasury note was yielding 2.0494%.

Meanwhile, gold futures were also ending lower for the session as the dollar strengthened, although they ended higher of the week after logging their first intraday climb above $1,450 an ounce in six years. August gold trading dropped by $1.40, or 0.1%, to settle at $1,426.70 an ounce, after touching an intraday high of $1,454.40.

From here, markets will be watching economic data next week as Fed speakers go into the blackout ahead of the July 31st FOMC meeting. Meanwhile, the Dollar is also subject to the trade wars with President Trump trying to jawbone the USD lower since day one. “Yet the combination of late-cycle stimulus and a global trade wars blunted his efforts. Now, with those economic diminishing the mere threat of intervention is enough to knee-cap the USD. In turn, intervention seems unlikely, especially if f natural forces already want to pull the USD lower,” analysts at TD Securities explained.

Technically, a symmetrical triangle has been taking shape and today’s drop has sent the price back into the ranges and below the 1430 downside key support level again. If the price break below 1420/25, bears will look for a run below the 1400 psychological level. The 23.6% Fibo of the latest swing lows and highs are located at 1398. Below here, we are looking down the barrel at $1,373/76 zone which meets the 19th June spike correction lows and the 38.2% Fibo of the same swing ranges.