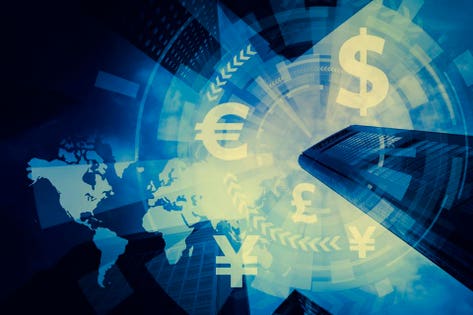 Analysts have been publicly claiming that a dropin the value of the U.S. dollar is coming. Of course, this has implications for international trade, manufacturing, travel and the purchasing power of Americans. It also has a direct impact on the price of crude oil. If the value of the U.S. dollar drops, the price of both Brent and WTI crude oil will rise.

Another way to look at is to see how a London-based trader might see it. A London-based trader who buys and sells oil in dollars, thinks about the dollar in relation to the British pound. Right now the dollar is worth about £0.8, or £1 is worth $1.25. The price of Brent is about $67 per barrel. If the dollar loses value—say it becomes worth £0.7, or £1 is worth $1.43—then the London trader is willing to spend more dollars on that barrel of Brent. Maybe she is willing to spend $76.6 per barrel.

Of course, the numbers are never that simple. Over the time that the dollar loses value, other issues and events impact the oil market. Therefore, traders cannot directly correlate crude price changes to the change in the dollar value. But the example is informative. If the dollar does drop significantly, there should be a corresponding force pushing up the price of crude.