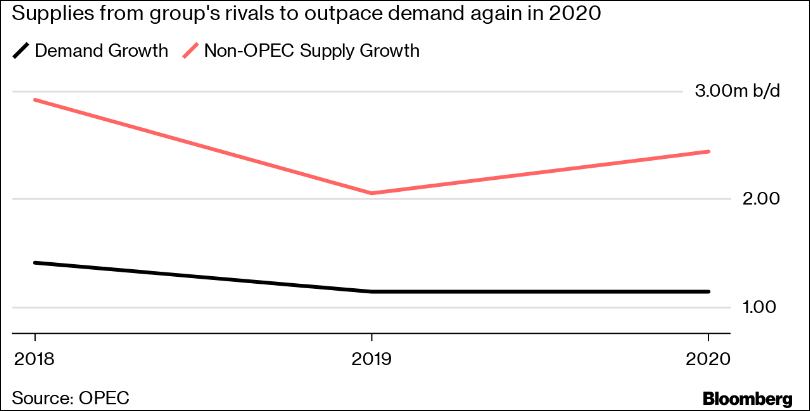 Just only over a week after the cartel decided to extend its output cuts deal, they now expect a tougher and greater challenge in the year ahead with the ongoing surge in US shale said to threaten to deliver another surplus in 2020.

According to OPEC’s estimates, supplies from their rivals will grow by more than twice as much as global oil demand. And the backdrop of such an imbalance in the oil market will surely continue to weigh on oil prices in the bigger picture.

As mentioned back last month, the OPEC+ deal extension may allow oil prices to find some near-term reprieve but in the grand scheme of things, unless the cartel decides to increase production cuts instead, the issue of oversupply will likely persist in 2H 2019 and what appears to be next year as well.

Say it with me… Supply glut.