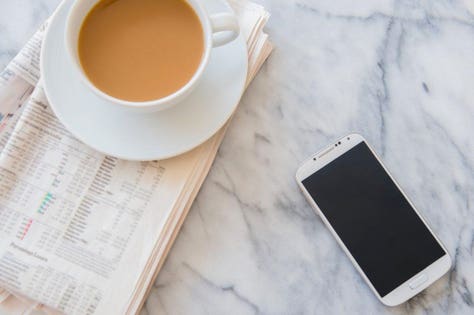 Worrisome waves have rippled from China in the form of weaker-than-expected economic data, pressuring the market even as trade worries continue to overshadow sentiment.

Data from the Asian nation showed growth in retail sales and industrial output was lower than had been expected, adding data points to existing worry about the world’s second largest economy amid the trade dispute with the United States. Despite the tepid growth, Chinese stocks finished the session up about 2%, as investors may have viewed the data as more reason for the Chinese government to add stimulus.

Retail sales didn’t look so great in the United States either. Data showed a drop of 0.2% in April when a Briefing.com consensus had forecast a 0.2% rise. The U.S. consumer makes up the biggest single contributor to the nation’s gross domestic product, so a dip is a worrisome sign, especially given all the worries about the global economy emanating from the trade war. Recall that last month retail sales came in up 1.6%, a figure that was revised upwards to 1.7% with the new data.

Corporate news on the retailing front has been brighter this morning. Macy’s (M) shares rose after the retailer reported stronger-than-expected earnings per share and said same store sales had grown when a decline had been forecast. But they pared their gains after the U.S. retail sales figures came out.

Meanwhile, Alibaba (BABA) beat analyst estimates on its top and bottom lines. The Chinese online retailer reported earnings per share of $1.28, well above the consensus estimate of $0.98, on revenue of $13.93 billion. BABA shares have been among those that have taken a beating from the escalating tariff issue between the U.S. and China, so the stronger-than-expected performance is probably a welcome change for its investors.

Optimism Creeps Back In

This morning’s slump in sentiment comes a day after the market rallied strongly.

It seems that positive sentiment crept into the market as Washington and Beijing both seemed to make conciliatory comments about continued trade negotiations.

President Trump said he expected a fruitful meeting with Chinese President Xi Jinping in June during the G-20 summit and had positive comments about his relationship with his Chinese counterpart. He also said that the United States will strike a deal with China “when the time is right.” And Chinese Foreign Ministry spokesman Geng Shuang said the two nations have agreed to continue talks.

Despite the more-upbeat talk, the raised tariffs on $200 billion in Chinese goods remains in place, as does and China’s threat to increased tariffs on U.S. goods in June.

It seems we’re seeing a trade deal get hashed out very slowly in front of our eyes, and while the process isn’t pretty, there may still be light at the end of the tunnel.

Stocks appear to be in the midst of a broad repricing, as investors and traders are trying to figure out how much of the trade-deal optimism from earlier in the year to remove from the value of equities. Perhaps they were thinking things got a little oversold on Monday. If that’s the case then we may see the wild swings that began the week start moderating as the market could be reaching some sort of equilibrium—the new normal, if you will.

A Return to Fundamentals?

Focus has been on trade tensions between China and the United States in recent days as market participants worry that growth in the world’s two largest economies, as well as that of the world, could suffer as a prolonged trade war potentially disrupts supply chains and dampens demand for goods by making them more expensive.

But if Tuesday’s trade is any indication, investors might be returning to a focus on fundamentals after working through the recent convulsion in trade headlines.

U.S. economic data on Tuesday were positive, with a strong reading on U.S. small business optimism and import data suggesting that inflation remains muted. (See more on both below.) In addition to U.S. numbers, data showed that the unemployment rate in the United Kingdom fell to its lowest point since the 1970s.

And as the corporate reporting season winds down, the trade tensions may have overshadowed the fact that earnings season has been better than expected. (See more below.)

FIGURE 1: CONSOLIDATING CRUDE? Crude oil prices (/CL) gained ground Tuesday after Saudi Arabia said drones had attacked oil infrastructure. The news comes after two Saudi oil tankers, and two other vessels, suffered an attack over the weekend and amid sanctions on Iranian and Venezuelan oil. Still, after making a high above 66 in late April, crude drifted into the low 60s and has stayed in a sort of holding pattern ever since. Data source: CME Group. Chart source: The thinkorswim® platform from TD Ameritrade. For illustrative purposes only. Past performance does not guarantee future results.

Remember Earnings? When you look past the trade clouds, the view seems to be better than expected. As of Friday, 90% of SPX companies had reported results and 76% of them had reported earnings per share that were above estimates while 59% had reported sales that beat forecasts, according to FactSet. Overall, companies have reported profit that is 5.5% above estimates. When mixing actual results with estimated ones for the rest of the season, FactSet data shows an overall earnings decline of 0.5%, which is a smaller pullback than had previously been expected.

Import Prices: Amid all the headlines about tariffs on imports, data for April showed that U.S. import prices declined 0.1% on a monthly basis when you exclude fuel and fell 0.2% overall on a yearly basis. That’s good news on the inflation front and seems to add to the sense that the Fed was right to pivot to a more dovish stance. “The key takeaway is that import prices declined, creating another data point that shows a lack of worrisome inflation pressure,” Briefing.com said.

Small Business Optimism: There has been much hand wringing about how the trade war could affect big multinational companies with exposure to China like Boeing (BA), Caterpillar (CAT), and Apple (AAPL), not to mention a host of chipmaking companies. One counterpoint to that dour sentiment seems to be coming from small business in the United States. The NFIB Small Business Optimism Index rose 1.7 points in April as sales improved, the previous month’s inventory “soft spot” rebounded, and profit trends advanced, the NFIB said. There were more job creation plans, hiring was strong, and expectations for sales, business conditions, and credit conditions improved, the group said. “The ‘real’ economy is doing very well versus what we see in financial market volatility,” NFIB’s Chief Economist Bill Dunkelberg said in a statement accompanying the index results.