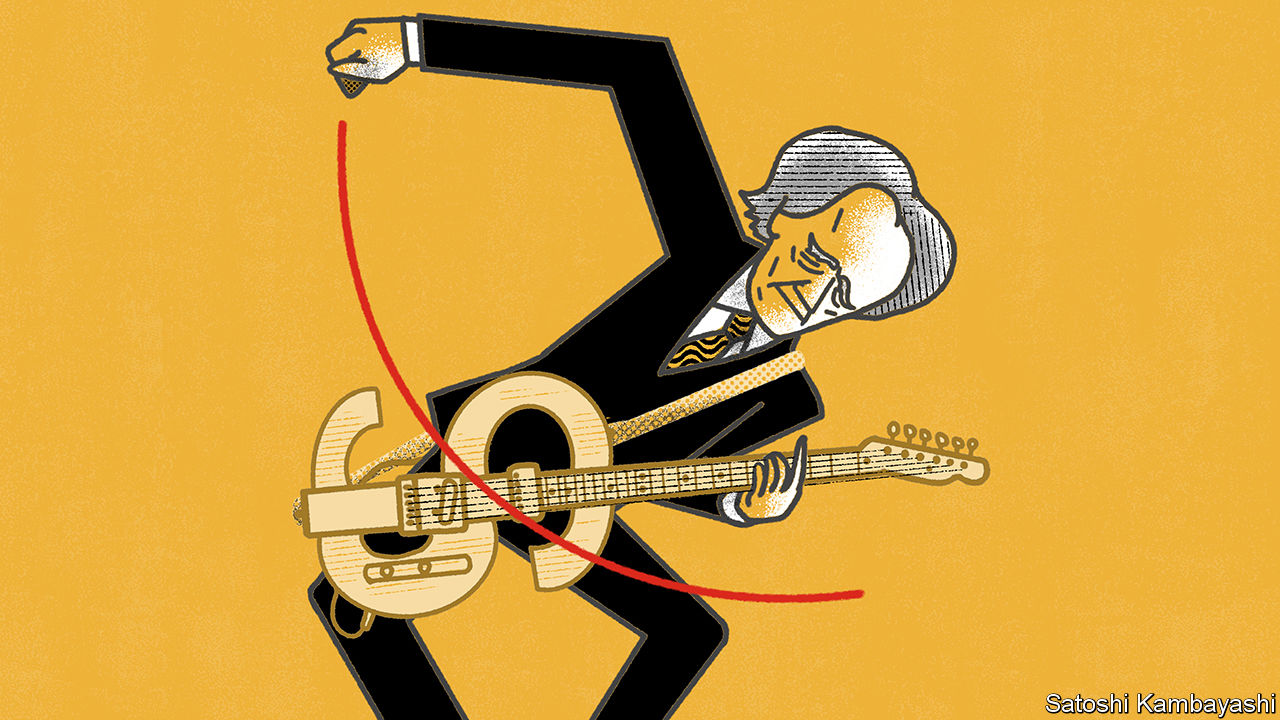 ONE NIGHT in 1965, Keith Richards woke up with a riff going around inside his head. He reached for his guitar, played the bare bones of a song into a cassette recorder and promptly fell asleep. Mick Jagger was soon scribbling lyrics by the swimming pool. Four days later, the Rolling Stones recorded “(I Can’t Get No) Satisfaction”.

Hit records are not made like that any more, according to John Seabrook’s book, “The Song Machine”. Instead they are assembled from sounds honed on computers. It can take months. A specialist in electronic percussion does the beats. Another comes up with hooks, the short catchy bits. A third writes the melody. Everything is calibrated against what worked well on previous hits.

This brings us to Bill Gross, who founded PIMCO, the world’s biggest bond firm, and ran its market-beating Total Returns fund from 1987 until 2014. Mr Gross, who retired last month, is often called a rock-star fund manager. A new paper by Aaron Brown of New York University and Richard Dewey of Royal Bridge Capital, a hedge fund, gives him the “Song Machine” treatment, breaking his performance into constituent parts. It finds that even if you could simulate his strategy, a human factor would remain that algorithms cannot match. A Stones fan might call it inspiration. In finance, it is known as alpha.

What were Mr Gross’s trademark beats and hooks? He spoke of three. He took on more credit risk, buying bonds from issuers who might default, than would a bond manager tracking a benchmark index. He similarly loaded his portfolio with mortgage-backed bonds. His third signature trade relied on the shape of the yield curve. A five-year bond will usually have a higher yield (and lower price) than a four-year bond. Bonds therefore become more valuable as time passes. As a five-year bond yielding, say, 6% becomes a four-year bond yielding 5%, its price goes up. Mr Gross’s trick was to isolate the sweet spot where this “roll-down” is strongest—around the five-year mark—and hold more of those bonds. He offset this by holding fewer 30-year bonds, where roll-down is weak.

Messrs Brown and Dewey compiled simple trading rules to mimic these elements. They then undertook a statistical exercise to gauge how far they explain Mr Gross’s excess return. Even when you allow for these factors, they find he still beats the index. He had the magic alpha.

The template for this kind of analysis is “Buffett’s Alpha”, a paper in 2013 by Andrea Frazzini, David Kabiller and Lasse Pederson. It found that the market-beating performance of Warren Buffett, the Beatles to Mr Gross’s Stones, could have been matched by an investor following a well-defined strategy, a core part of which was buying “value” stocks (ie, those with low prices relative to the worth of a firm’s assets). Their conclusion is a tad reductive for some tastes—like saying anyone with an Apple Mac could come up with “Satisfaction”. Mr Buffett was able to identify a winning strategy and to stick with it, which is not easy. But the main goal of these exercises is to show that systematic investing can work well.

It appears, though, that Mr Gross did something that could not easily be replicated. Whatever his edge, it was just as well he had it, argue Messrs Brown and Dewey. When you think you have a market-beating strategy, it is wise to ask, “If I am to win, who loses?” A value investor of the Buffett stamp wins because of other investors’ tendency to extrapolate the initial success of “growth” stocks and overpay for them. Similarly, Mr Gross’s roll-down trade may work because excess demand for long-dated bonds from certain kinds of investors with long-term liabilities leaves that end of the yield curve rather flat.

Profiting from the errors of others is what skilful investors do. But two of Mr Gross’s strategies involved taking on extra risks that a lot of bond investors would prefer not to bear. Credit securities and mortgage bonds give a little extra return compared to safe government bonds. But from time to time they inflict big losses. An investor who makes better returns by taking on such risks is not demonstrating skill, say the authors.

Even the most talented rock stars take risks. Keith Richards took enough illicit drugs to fell a herd of bison. He lived to tell the tale. Mr Gross’s riskier bets also paid off. But as Messrs Brown and Dewey argue, the risk of catastrophic loss that comes with these strategies is hard to gauge upfront. Things might have gone differently. As Mr Richards has noted, a lot of rock stars don’t survive.